Indonesian influence in the Pacific grows, despite Papua disquiet 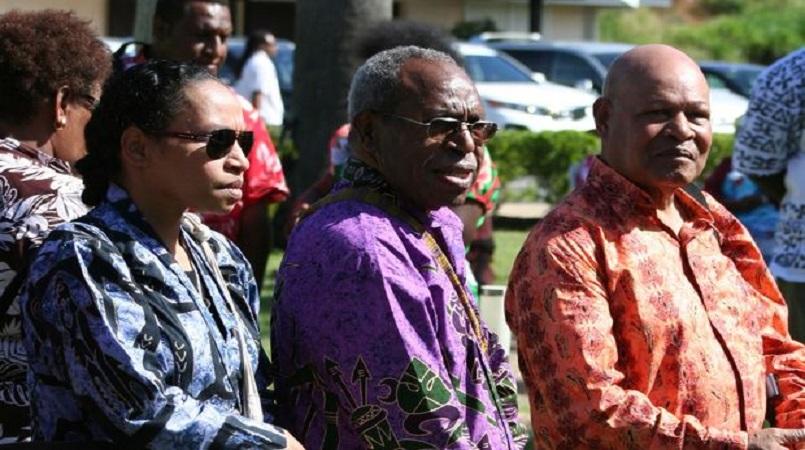 Indonesia's influence in the Pacific Islands is growing, but is shadowed by disquiet over its region of Papua, known widely as West Papua.

The West Papuan independence movement has significant traction in the region, where it continues to push for its self-determination aspirations to be addressed by the international community.

Considering Papua's political status as non-negotiable, Indonesia has been busy strengthening ties with a number of countries in the three Pacific Islands regions of Melanesia, Polynesia and Micronesia.

Amidst a flurry of diplomatic activity in recent months, Indonesian cabinet minister Wiranto attended independence anniversary celebrations on tiny Nauru, and the president of the Federated States of Micronesia was given red carpet treatment in Jakarta.

Jakarta says this is about working together with Pacific island countries on mutual interests. Others say it's principally about quelling support for West Papuan independence aims.

Some regional observers even suspect the hand of Jakarta was at play behind the change in the Solomon Islands government's policy on West Papua since Rick Hou replaced Manasseh Sogavare as prime minister last December.

April's visit by a Solomon Islands delegation to Indonesia's Papua and West Papua provinces caused an upset among some elements of civil society in Honiara, but showed how extensive Jakarta's diplomatic outreach has become.

The secretary of the United Liberation Movement for West Papua, Rex Rumakiek, said Australia's angst about the rising influence of China in the Pacific missed a more serious regional threat.

"The Melanesian countries are not very much concerned about Chinese influence. They are concerned mostly about the Indonesians' influence in Melanesia, because they're very destructive, they go right down to village level.

"They bribe people and buy political parties to change the government and so on. It's already happening. It's much more serious than the Chinese influence," Mr Rumakiek said.

He said Indonesia had consistently engaged and worked with Pacific Island nations for many years while respecting each other's domestic affairs and sovereignty.

"On the contrary, a handful of people claiming Papuan heritage and living overseas are the ones interfering in the domestic politics of Papua and West Papua provinces," Mr Bimantara said.

"They are not citizens and were never democratically elected into public offices in those provinces by the 2.7 million voters of Papua and West Papua. And yet, they claim to be the rightful heir to the provinces."