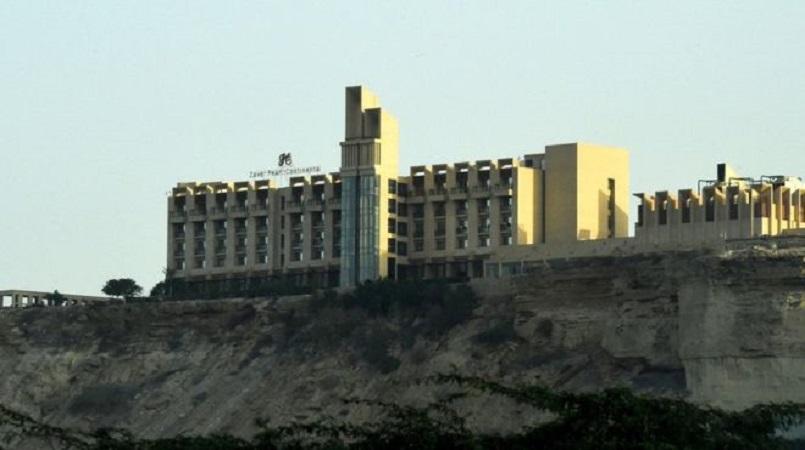 Three gunmen have stormed a five-star hotel in the restive Pakistani province of Balochistan, killing at least one person, officials say.

The attack targeted the Zaver Pearl-Continental Hotel in the strategic port city of Gwadar, the centrepiece of a multi-billion-dollar Chinese project.

A hotel spokesman said there were no guests and few staff due to Ramadan.

The separatist Balochistan Liberation Army said it had carried out the attack to target Chinese and other investors.

"Expect more attacks China and Pakistan," said a Twitter account that claimed to be linked to the group.

Militants in Balochistan oppose Chinese investment, saying it is of little benefit to local people.