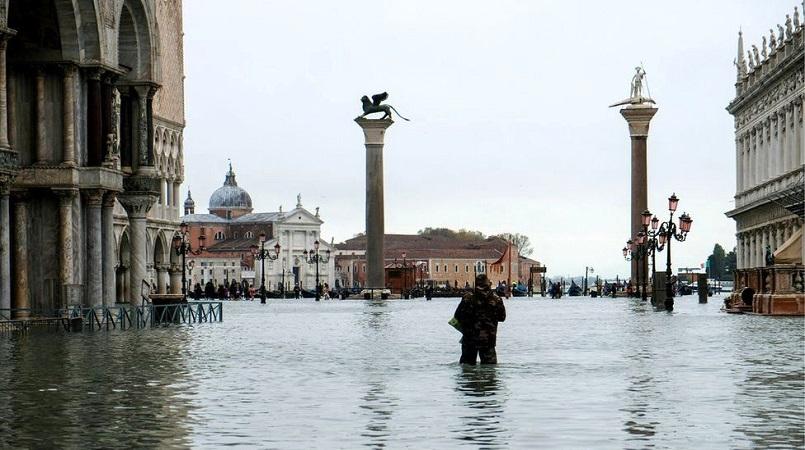 Severe flooding in Venice that has left much of the Italian city under water is a direct result of climate change, the mayor says.

The highest water levels in the region in more than 50 years would leave "a permanent mark", Venice Mayor Luigi Brugnaro tweeted.

"Now the government must listen," he added. "These are the effects of climate change... the costs will be high."

The waters in Venice peaked at 1.87m (6ft), according to the tide monitoring centre. Only once since official records began in 1923 has the tide been higher, reaching 1.94m in 1966.

Images showed popular sites left completely flooded and people wading through the streets as Venice was hit by a storm.

The city of Venice is made up of more than 100 islands inside a lagoon off the north-east coast of Italy.

Two people died on the island of Pellestrina, a thin strip of land that separates the lagoon from the Adriatic Sea. A man was electrocuted as he tried to start a pump in his home, and a second person was found dead elsewhere.