Would you pay to Zoom Keanu Reeves or Star Trek's Riker? 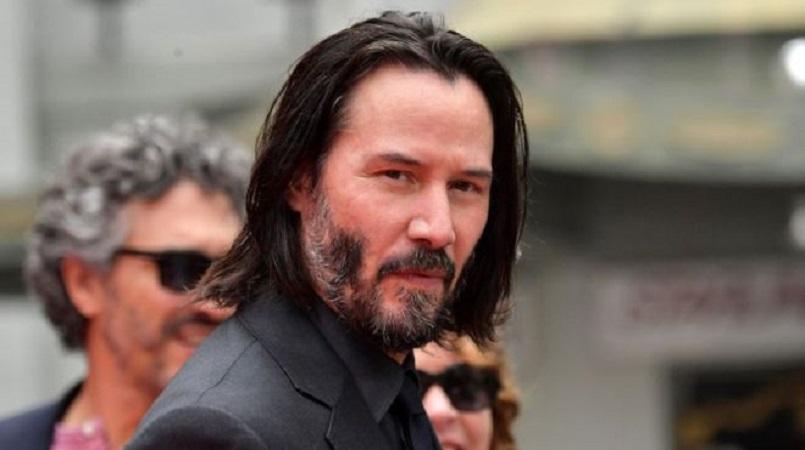 Actors Keanu Reeves and Jonathan Frakes are among the celebrities offering fans the opportunity to chat one-to-one via Zoom during lockdown.

Reeves is auctioning a 15-minute Zoom call for a children's cancer charity.

Cameo said there had been "a tonne of interest" in its Zoom service, Cameo Live, despite just 31 celebrities - only four of whom are women - signing up since launch, on Sunday.

The start-up, which launched in 2017, also offers short recorded personal messages from a range of celebrities including reality TV personalities and sports stars, who charge various fees.

"Cameo Live is very similar to a backstage pass at a concert or a meet-and-greet at an autographic signing," spokesman Brandon Kazimer told BBC News.

"This is just the newest iteration of fan-talent access."

Mr Kazimer said bookings were a mixture of fans buying video calls as gifts for themselves or for friends, and businesses purchasing them for office events and speaking engagements.

Founder Steven Galanis told Fast Company celebrities offering the recorded messages had dropped their prices by an average of 27% during lockdown.

"We're in this really weird environment where every athlete, actor, celebrity finds themselves basically with nothing to do," he said.

US comedian Tony Atamanuik tweeted about joining the platform back in March.

"I'm shut in my house and I'm going insane."