Taylor Swift plays the hits then runs in Swansea 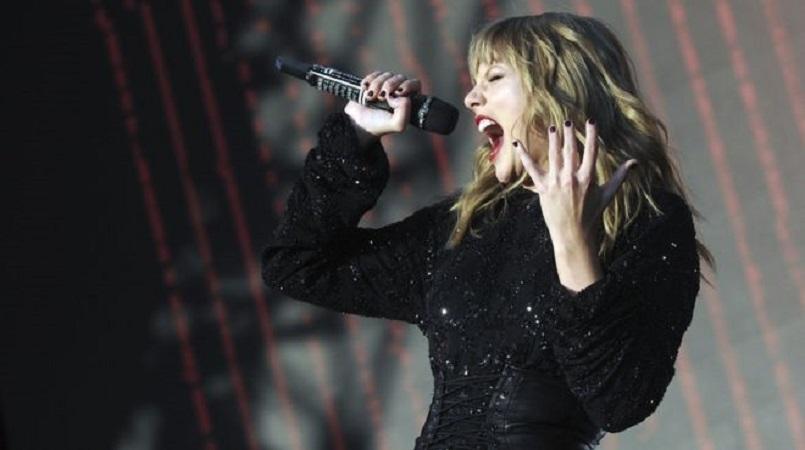 Taylor Swift stayed true to her name, playing a brief, but flawless, set at the BBC's Biggest Weekend in Swansea.

Effectively a stripped-back supercut of her current world tour, the six-song performance largely focused on the star's 2017 album Reputation.

She opened with the pummelling goth-pop of Ready For It, before racing through songs like Gorgeous and Delicate.

Fans were forced to wait to the end to hear the classics Blank Space and Shake It Off - and then it was all over.

But if the 26,000-strong audience who'd crammed into Swansea's Singleton Park felt short-changed, they didn't show it, shimmying along with Swift and her tightly-drilled dancers.

"You're not just singing along but you're screaming along... which is the best," said Taylor, as she took stock of the crowd.

"It kind of took my breath away a little bit when I first came out here."

The star also worked in two plugs for her UK tour dates, live on BBC TV and radio.

But if her set was ruthless in its efficiency, it was nonetheless a masterclass in pop - from Swift's effortless vocals and shape-throwing choreography to her adorkable between-song banter.

"Oh wait, this is in the wrong key!" she laughed as she fumbled the start of Delicate, sliding a capo up the neck of her guitar to find the right note.

"She was fantastic. She's amazing. She's unique," said Lauren, a Swansea resident who'd come especially to see the US star.

"You don't often get to see Taylor Swift in Swansea, let's be fair."