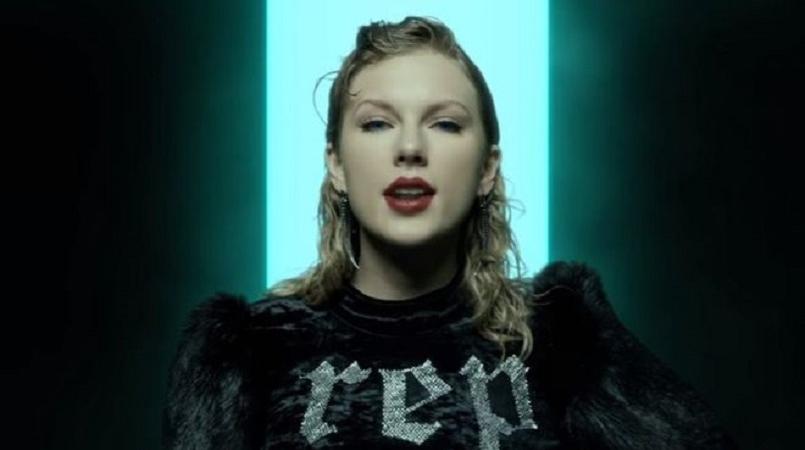 It has taken her eight years, but Taylor Swift has finally made it to the top of the UK singles chart.

Given the the number of records that Look What You Made Me Do has smashed, it is perhaps not a surprise.

The song, her first solo release in two years, has already had huge success on Spotify and YouTube.

It had 5.3 million streams and 30,000 downloads in its first week, the Official Charts Company said, and bumps Dua Lipa's New Rules off the top spot.

Look What You Made Me Do - which some people think is about Swift's feud with Kanye West - is her eighth top five single in the UK.

Before this, the highest point she had reached in the charts was number two, with Love Story, I Knew You Were Trouble and Shake it Off.

The video, which sees Swift saying farewell to her past incarnations, has now broken YouTube's one-day streaming record and it broke the same record on Spotify.

Elsewhere in the charts, there are new entries for Macklemore's Glorious, featuring Skylar Grey, which goes up 13 places to number 23.

Camila Cabello's Havana, with Young Thug, is one place behind at 24.

In the album charts, Queens of the Stone Age's new release Villains goes in at number one.

Their seventh studio album was produced by Mark Ronson and is their first UK chart-topper.

Villains is top of the Official Record Store Chart too, meaning it was the most popular in independent record stores.

The other albums in the top five are new too, with chart debuts for the albums by War on Drugs, PVRIS and Shane Filan in slots three, four and five respectively.