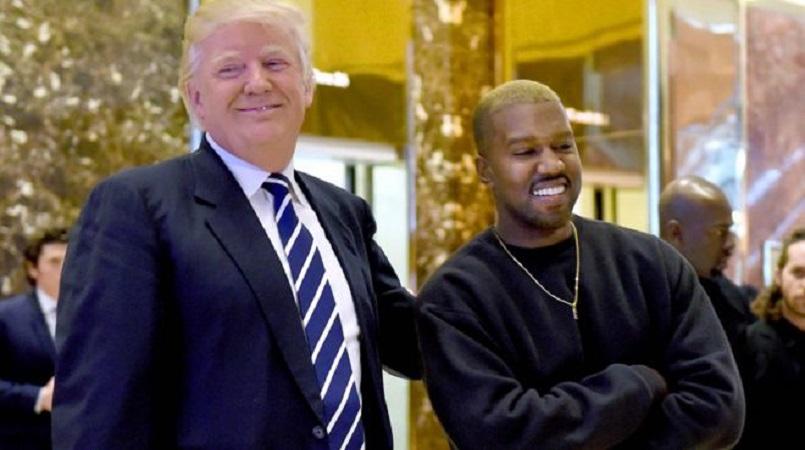 Kanye West has given the US and the world a glimpse of what President Kanye would be like, in his first interview since suggesting he'll run for office.

The rapper said he would model his White House operation on Wakanda, the fictional kingdom from Black Panther.

West told Forbes he is "extremely cautious" about a coronavirus vaccine.

He said: "They want to put chips inside of us, they want to do all kinds of things, to make it where we can't cross the gates of Heaven."

In what the magazine described as "four rambling hours of interviews", West said he would decide in the next 30 days whether to definitely stand in November's presidential election.

If he does, it would be under the banner of The Birthday Party. "Because when we win, it's everybody's birthday," he explained.

But he said he was serious about the plan. "Like anything I've ever done in my life, I'm doing to win."

However, he added: "When I'm president, let's also have some fun. Let's get past all the racism conversation, let's empower people with 40 acres and a mule, let's give some land, that's the plan."

That's a reference to a 19th Century plan to give freed slaves 40 acres of land after the US Civil War.

One of President West's priorities would be to end police brutality, he said, and he is against the death penalty.

He also wants to "clean up the chemicals - in our deodorant, in our toothpaste". Asked about abortion, he said he is "pro-life because I'm following the word of the Bible"; while he hasn't developed his foreign policy but is "focused on protecting America, first, with our great military".

Asked about his approach to taxes, he said he hadn't done the necessary research yet. "I will research that with the strongest experts that serve God and come back with the best solution. And that will be my answer for anything that I haven't researched."

He believes he contracted coronavirus in February, but said a vaccine was "the mark of the beast".

And he professed his love for China. "It's not China's fault that disease. It's not the Chinese people's fault. They're God's people also. I love China. It changed my life. It changed my perspective, it gave me such a wide perspective."