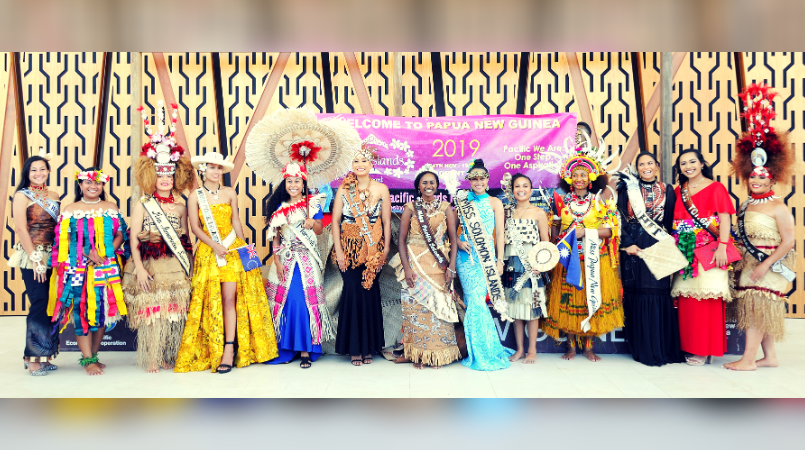 The Miss Pacific Islands Pageant Executive Director has thanked and acknowledged the Papua New Guinea Organising Committee for hosting the pageant this year.

Faamatuainu Lenata’i Suifua thanked chairperson Molly O’Rourke and the Miss Pacific Islands Pageant PNG Committee for their hard work in hosting a magnificent Pageant this year, and for the hospitality shown by the people of Papua New Guinea.

“Papua New Guinea has done an excellent job in hosting this year’s Pageant and I thank them for their hard work in staging a magnificent Pageant,” he said.

He also acknowledged all the Pacific Island nations who contested and their contributions. There were 12 contestants this year - the largest number to participate in the Miss Pacific Islands Pageant.

With the Theme, ‘Pacific we are – One Step, One Aspiration’, this year’s Pageant week concluded on the evening of Saturday, November 30th, with the crowning of the new Miss Pacific Islands - Miss Samoa, Fonoifafo Nancy McFarland Seumanu.

The next Miss Pacific Islands Pageant in 2020 will be held in Apia after Samoa won the bid to take the Pageant home to celebrate 34 years since its establishment.

It did not come easy for Samoa as it had to overcome a tough competition from Fiji, who also vied to host the Pageant. The decision was finalised at the Miss Pacific Islands Board of Directors meeting in Port Moresby during the week of activities of this year’s Pageant hosted by Papua New Guinea.

Samoa’s Board Director and Manaia Events President, Leiataua Jerry Brunt, who presented Samoa’s bid, was pleased with the outcome.

“It has been a few years since we’ve hosted, and we feel the Pageant should come home every few years, in which it is fitting that we will also be celebrating 30 years of our Teuila Festival as well as some of our major events next year,” said Brunt. “We look forward to welcoming everyone in 2020 to beautiful Samoa.”

The Miss Pacific Islands Pageant was introduced in 1985 to be an annual event to promote the contributions of the Pacific women in the region through their intelligent, talented and caring characteristics.

It has established a network of people from the region that have developed the Pageant event to offer a platform in promoting the Pacific Islands, the diverse cultures, as well as the beauty of its holiday destinations. This is achieved through the clever choreographing of the contestants’ performances by artists and artisans and the best Pacific Fashion Houses, Chaperones, Mothers and Kinfolk of the Pacific Island nations.

The Miss Pacific Islands has always been known as a Pageant with a difference as it is one of integrity and promotion of young Pacific women's attributes, and what others can expect from the beautiful countries and diverse cultures.

(Contestants at the APEC Haus after their float parade)