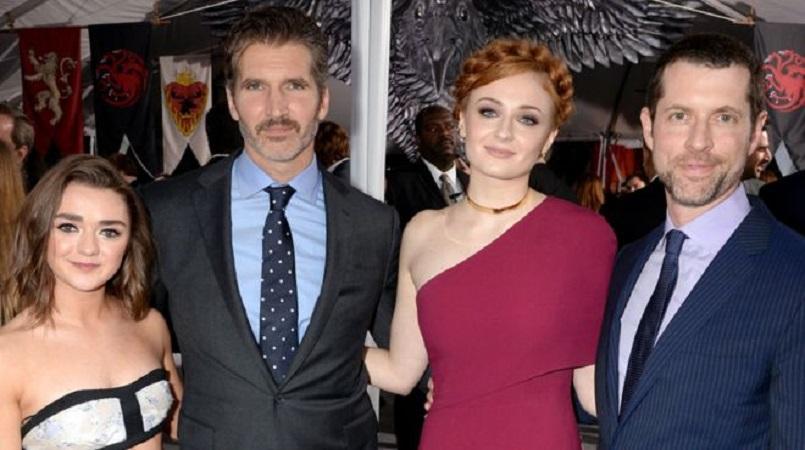 Game Of Thrones creators David Benioff and DB Weiss have signed a deal with Netflix, the streaming giant has said.

Variety reported that Netflix won a "three-way bidding war that had recently narrowed from the six major studios to Netflix, Amazon and Disney".

Netflix boss Ted Sarandos said he was "thrilled to welcome" the "master storytellers".

Benioff and Weiss added how "grateful" they were to HBO, the US network that broadcast Game of Thrones.

HBO is also going to broadcast the forthcoming Game of Thrones prequel, which will be shown in 2020 at the earliest.

"We've had a beautiful run with HBO for more than a decade and we're grateful to everyone there for always making us feel at home," Benioff and Weiss added.

They explained they had found common ground with Netflix executives, including Sarandos, after talking to them in recent months.

"We remember the same shots from the same 80s movies; we love the same books; we're excited about the same storytelling possibilities," they said. "Netflix has built something astounding and unprecedented, and we're honoured they invited us to join them."

Variety said no financial amount was mentioned for the development deal. But it added that similar deals between Netflix and figures including Grey's Anatomy creator Shonda Rhimes were "said to have been worth nine figures".