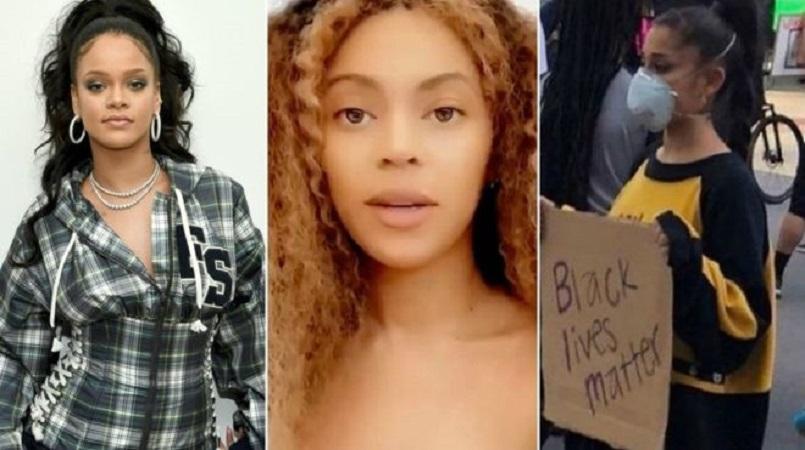 The music industry is to observe a day-long "blackout" on Tuesday, in response to George Floyd's death last week.

All three major record labels have shared a message on social media promising "a day to disconnect from work and reconnect with our community".

Employees have been given Tuesday off as "a day of action," intended to "provoke accountability and change".

Floyd, a 46-year-old African-American man, died last week after a white police officer knelt on his neck for several minutes.

Minneapolis policeman Derek Chauvin has been sacked and charged with third-degree murder. He is due to appear in court on Monday, amid ongoing protests in the US and UK.

Many of music's biggest stars have spoken out about the father-of-two's death.

Taking to Instagram on Sunday, Rihanna spoke of the "devastation, anger [and] sadness" she has experienced over the last week.

"Watching my people get murdered and lynched day after day pushed me to a heavy place in my heart," she wrote.

"We all witnessed his murder in broad daylight…We're broken and we're disgusted. We cannot normalise this pain".

"It felt like that cop had his knee on all of our necks, meaning black men," he said on Apple Music's Young Money Radio.

"It's extremely painful because it keeps going on. It continues to go on and it's like, 'What can we do? Or what do we need to do to make this thing stop?'"

Other pop stars, including Ariana Grande, J Cole, Tinashe, Nick Cannon, Yungblud, Camila Cabello and Shawn Mendes, joined protestors across the US over the weekend.