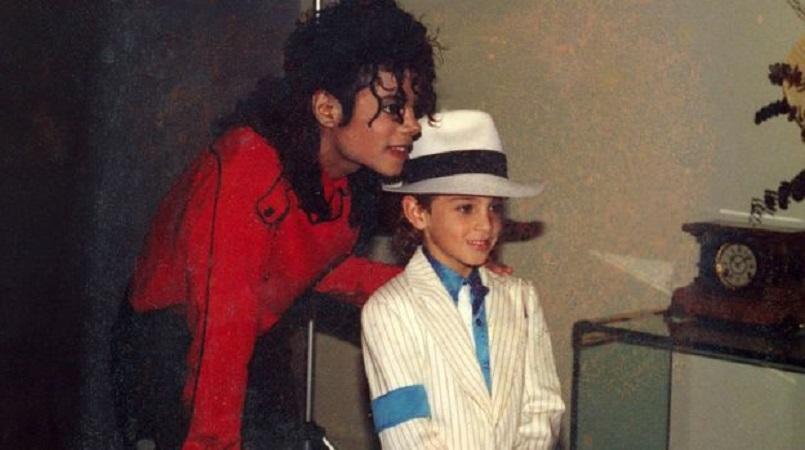 Two men have told the BBC they were abused hundreds of times by Michael Jackson, from the ages of seven and 10.

Wade Robson, 36, told the BBC's Victoria Derbyshire programme the singer had sexually abused him from the age of seven and tried to rape him when he was 14.

James Safechuck, 40, told the programme Jackson had sexually abused him "from the age of 10 until around 14".

Jackson's family say there's "not one piece of evidence" to prove the claims.

The two men have also spoken out in the documentary Leaving Neverland.

Warning: This article contains descriptions some may find offensive or upsetting

Asked if the abuse had occurred "hundreds and hundreds of times", both Mr Robson and Mr Safechuck agreed that this had been the case.

Mr Robson told the programme: "Every time I was with him, every time I stayed the night with him, he abused me."

Jackson had fondled him, "touching my entire body", and made him watch the singer performing a sex act, he said.

And then, when he was 14, Jackson had tried to rape him.

"That was one of the last sexual abuse experiences we had," Mr Robson told the programme.

Jackson had groomed him to believe they "loved each other - and this is how we show our love", he said.

"All of this was terrifying to me.

"The idea of being pulled away from Michael - this man, this other-worldly figure, this god to me who had now become my best friend - no way was I going to do anything that would pull me away from him."

Mr Robson said Jackson had told him "I was his best friend and the only person he had ever done these sexual acts with".

"So therefore I was - out of all the boys in the world - the chosen one, I thought," he said.

Mr Safechuck told the programme his abuse had begun with Jackson teaching him how to perform a sex act, at the age of 10.

"Then you start French kissing - he said I taught him how to do that," Mr Safechuck said.

And this had been followed by further abuse and other sex acts.