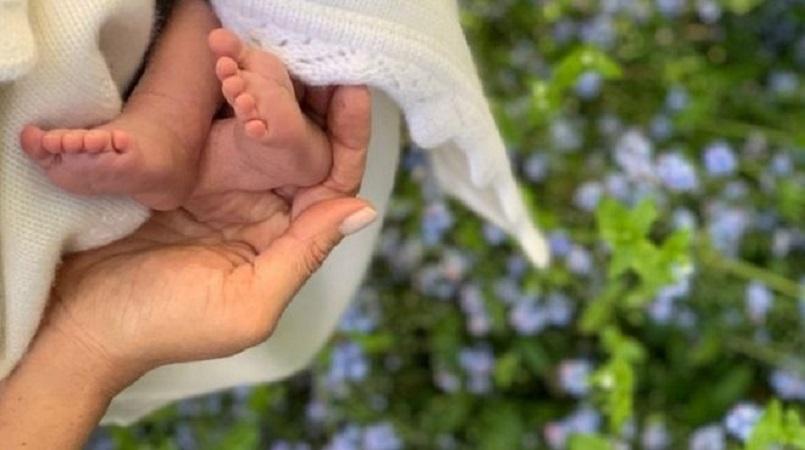 The Duchess of Sussex has celebrated her first US Mother's Day as a parent by posting a picture of her son Archie's feet.

In the caption, the account paid tribute to "all mothers today, past, present, mothers-to-be, and those lost but forever remembered".

While Mother's Day is in March in the UK, it was marked in the US on Sunday.

The photo was accompanied by the poem Lands, by writer Nayyirah Waheed.

The Duke and Duchess of Sussex's first son is seventh in line to the throne, behind the Prince of Wales, the Duke of Cambridge and his children - Prince George, Princess Charlotte and Prince Louis - and Prince Harry.

He is the Queen's eighth great-grandchild.