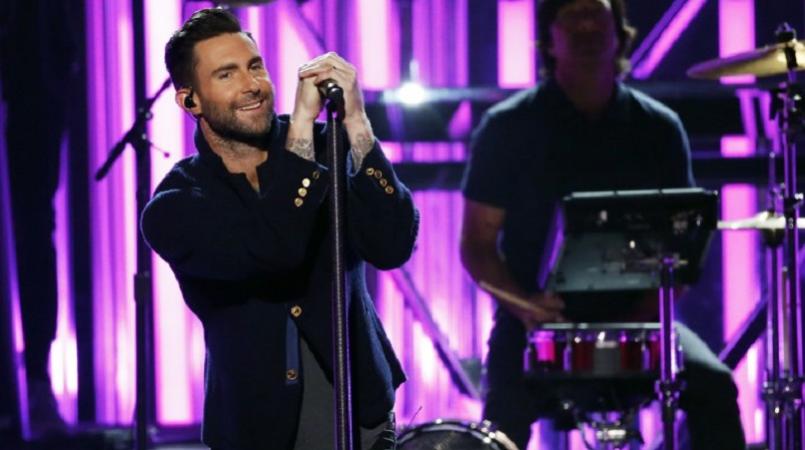 Days after it was announced the band would not hold the customary pre-Halftime show press conference, Maroon 5 singer Adam Levine has spoken exclusively to Entertainment Tonight.

The band has been criticised after several top artists including Cardi B and Rihanna were reported to have turned down the show - seen as one of the biggest gigs in the US music calendar - in solidarity with NFL players who have knelt in protest during the national anthem and in particular - blacklisted player Colin Kapaernick.

“I’m not in the right profession if I can’t handle a little bit of controversy,"" he told ET.

He claimed the decision to perform did not come lightly, adding: “No one thought about it harder than I did.

Pink Floyd front man Roger Waters has weighed in on the issue and urged Adam and his band to "take a knee" during their Super Bowl performance, which is excepted to be watched by an audience of up to 100m in the US.

He posted a video of himself and his own band doing the same at a gig in Connecticut and in the accompanying text wrote: "My colleagues Maroon 5, Travis Scott and Big Boi are performing during the halftime show at the Super-bowl this coming Sunday, I call upon them to “take a knee” on stage in full sight.

Source:
BBC
Tags:
Maroon 5 singer 'would like to move on' from Super Bowl controversy