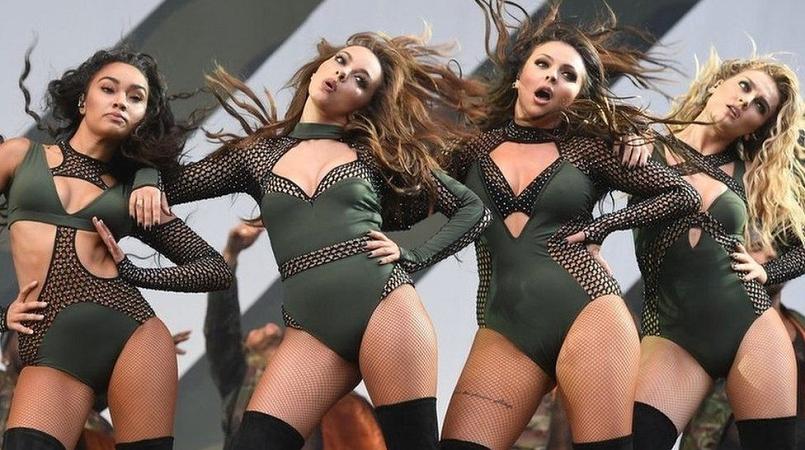 The director of Little Mix's Touch video has defended it after criticism that it was "too raunchy".

Some fans said it had gone too far in comments below the recording but the director, Director X, has told Newsbeat the criticism wasn't his issue and wasn't Little Mix's either.

The were also rumours that Little Mix's Jesy Nelson was edited to look thinner.

"I was happy to see the fans say that Jesy is just terrific the way she is and get upset about it," he said.

Not long after the video was released, Little Mix published a "making of" video which appeared to prove the rumours not to be true.

Director X, whose real name is Julien Lutz, was born and raised in Toronto, Canada, and is the protégé of renowned music video director Hype Williams.

Rihanna and Kendrick Lamar are just a few artists that Director X has worked with, including working on the video for Drake's Hotline Bling which has had more than one billion views on YouTube.

He has made other Little Mix videos too and explained how the process behind each one was different.

"For Black Magic, they had a pretty good idea of what they wanted. Little Me was a brief we brought to them, we sold them on it."

He said the key to a successful music video is to make it representative of the artist and the song itself, rather than focussing on what he thinks the fans want.

"If you try too hard [to please the fans] it doesn't feel genuine."

He also spoke about the change in viewing habits in the industry.

"Because videos aren't shown on TV, you have a lot of artists that have hit records and no-one knows who they are or what they look like.

"I've been to a giant award show here in Canada and Jason Derulo was accepting an award. I was sitting next to a pretty popular rapper and he looked at Jason Derulo and said, 'Who's that guy?'"

It was shot in square aspect rather than the more common 16:9 widescreen view.

"It's a cool aspect that has now entered our consciousness. It wasn't made for Instagram but it made it cool that it could go on there.

"It gave it something different to engage the viewer. You just need a little something to make it pop."

He is now working on a feature-length documentary about Shawn Mendes following the singer on a series of sell-out shows, including one in his hometown of Toronto.

Despite Shawn's worldwide success, Director X was shocked by where he went after his show at the 20,000 capacity Air Canada Centre.

"He still lives at home with his parents in the suburbs, he still sleeps in the same bed he had when he was a kid. It's incredible."