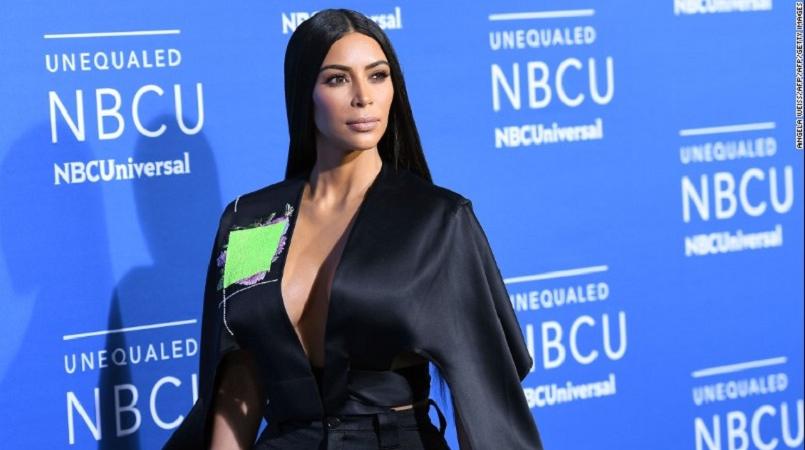 Kim Kardashian West believes there is an age limit to posing nude.

She just doesn't sound like she's sure of when it is.

"I'm like, I'm going to tone it down," the reality star told Allure magazine in an article published Monday. "But then I'm like, wait, I can't be doing it in 10 years, so -- I might as well. I don't know what the age cutoff is."

The interview came out days after "The Talk" co-host Sharon Osbourne said she was misquoted in comment to The Telegraph saying Kardashian West's nude selfies weren't feminism.

Osbourne said on her show "The Talk" that she was merely offering her opinion.

"It wasn't rude," Osbourne said. "She poses nude, she's very sexual in her clothes, and even her every day clothes, it's very sexual."

Nudity was one of several topics Kardashian West discussed with the publication. She also talked about how she and husband rapper Kanye West are determined to raise their kids to not be materialistic.

"We don't do gifts," she said. "Kanye and I talk about it all the time, about not getting too much and trying to be as grounded and well rounded as possible."

That's extends to herself as well, Kardashian West said.

She added that she no longer likes receiving gifts and didn't exchange any with her husband during their recent wedding anniversary.

One gift she does treasure, however, is one her young daughter North gave her prior to Kardashian West's fateful Paris trip where she was robbed.

Kardashian West said she was feeling anxiety before the trip, something that had never happened before, and her then three-year-old daughter sensed it.

"She gave me a little plastic treasure box, and she put her little jewels in it -- like fake little plastic jewels -- and she was like, 'Mommy, this will keep you safe when you go to Paris,'" the star said. "To have something really sweet like that is more important to me than all the jewelry."