Kim Kardashian is ''so excited'' to get stretch marks removed 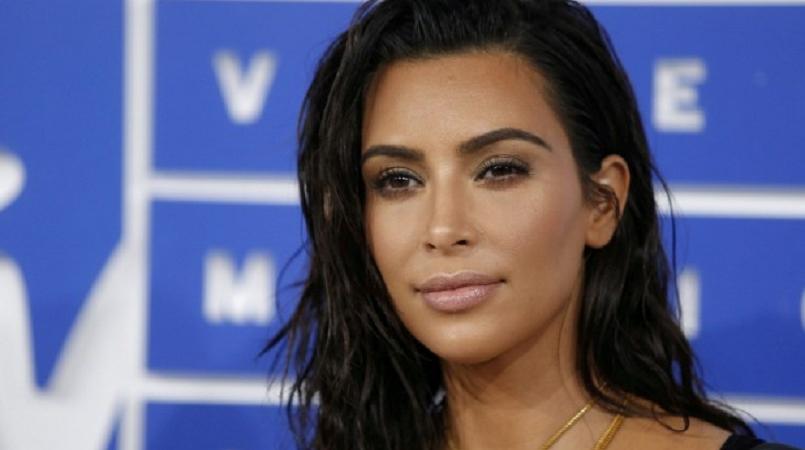 The 36-year-old Keeping Up With the Kardashians star said on Snapchat that she had gotten some stretch marks lasered off by Beverly Hills cosmetic dermatologist Dr. Simon Ourian. She did not reveal which body part was treated. Ourian had performed a similar procedure on Kim's breasts in 2014 and her appointment was shown on her reality show.

"I feel so excited that I finally did it," Kim said on Snapchat. "I've been so scared to do it, like it hurts so badly, and it didn't hurt that badly. So I'm so grateful and I'm so excited. I love you, Dr. Ourian!"

To remove stretch marks, Ourian cools the skin and uses a CoolBeam laser to vaporize superficial cells, removing 10 millionth of an inch of skin tissue at a time. The procedure costs between $2,900 and $4,900 per area and the patients typically recover within a few days. The results are permanent.

A week earlier, Kim had Ourian tighten the skin around her belly button—without actual surgery. She posted a video of her visit on Snapchat. Ourian himself is seen in the clip.

"So I'm spending my Saturday with Dr. Ourian and it f--king kills. Aaaah! But it will be worth it," Kim said.

"You guys, I never thought I could love someone and hate someone so much at the same time," she added. "If anyone who had babies understands what it does to your belly button...then you really understand how much you need Dr. Ourian to tighten [the skin] around your belly button so that it can look back to normal."

Ourian has treated other members of Kim's family. He gave her sister Kylie Jenner her famous lip fillers.

Kim has been the subject of plastic and cosmetic surgery rumors several times.

In 2010, she said on Nightline, "I'm totally not against plastic surgery. Trust me honey, if I take this bra off you will tell me I need to get them done. I've never had my nose done."

Among the procedures she has undergone are Botox injections. She was seen having a bad reaction to one on Keeping Up With the Kardashians in 2010. She told E! News that she "hated" it.

In 2015, while pregnant with her and Kanye West's youngest child, son Saint West, Kim said on Instagram she doesn't "do fillers or Botox when pregnant," following tabloid reports.

"You would have to be really sick to endanger your child like that!" she wrote. "Anyone who has been pregnant or gained weight knows your face totally changes! My nose gets bigger, cheeks fuller & my lips swell up. The challenge is trying to adjust the makeup to make me feel normal."