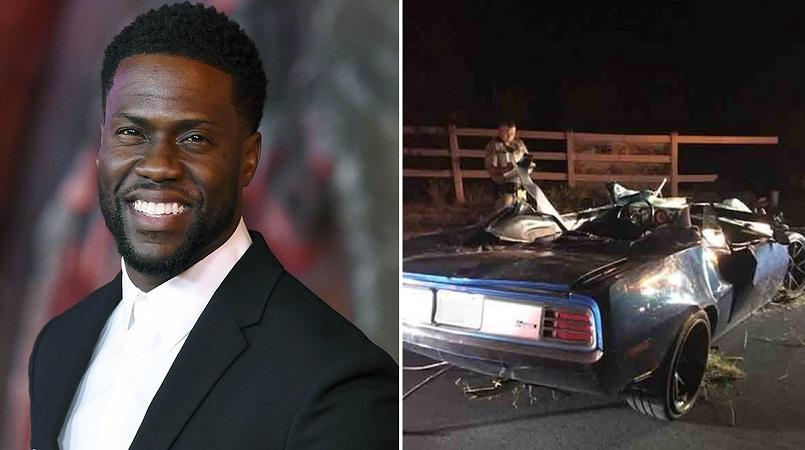 A 911 call from the car accident that left comedian Kevin Hart seriously injured has been released by the Los Angeles County Fire Department.

In the clip, a concerned female friend of the Ride Along star can be heard telling the dispatcher Hart is in a bad way and in need of medical attention.

"I don't know what happened, I'm scared. He's not coherent at all," she says.

Hart's 1970 Plymouth Barracuda careened off the road and rolled into a ditch at 12.45am local time, Highway Patrol confirmed to NBC News.

Authorities said the car was being driven by a friend, while Hart and another person were passengers. All three occupants became trapped when the car flipped onto its roof.

"The roof is crushed, the car is pretty totalled," the caller says of the vintage muscle car.

The caller tells the dispatcher Hart is breathing, but that there appears to be something wrong with his back.

Multiple media outlets reported that the comedian underwent a successful surgery to deal with his "major back injuries".

Earlier this week, Hart's wife Eniko gave an update on his condition, telling TMZ cameras he was "going to be just fine".