Charlie's Angels: What did the critics think? 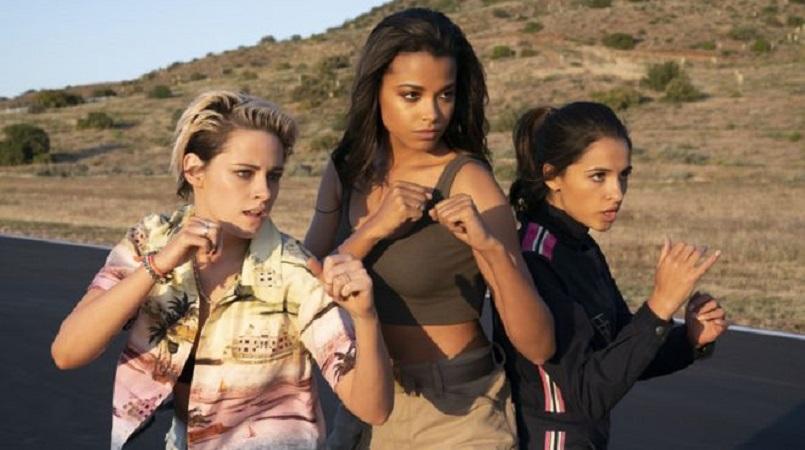 The action movie, based on the '70s TV series, sees the Angels fighting crime on behalf of their mysterious boss.

It's the second time the brand has been rebooted for the big screen, following a 2000 film (and 2003 sequel) which starred Lucy Liu, Cameron Diaz and Drew Barrymore.

According to Benjamin Lee of The Guardian, this "ramshackle action reboot goes at half throttle".

He gives it three stars, writing: "There's intermittent fun to be had in this throwaway relaunch of the female secret agent franchise but the party is cut short by incoherent action and a clunky script."

The latest reboot is written and directed by Elizabeth Banks, who also guides the trio as the experienced former angel, Bosley.

Kenneth Turan of the LA Times suggested the Charlie Angels reboot was "a concept in search of a movie", adding it "does not take flight" (pun intended, presumably).

"Charlie's Angels wants to take the venerable franchise in a new direction," he wrote.

"The goal is exemplary, the execution nothing to write home about."

Variety's Owen Gleiberman said that Stewart - who plays the wild and rebellious Sabina Wilson - "anchors" the movie, which throws up a "divertingly up-to-the-minute fusion of guns and poses".

"Most reboots are meaningless (time to rev that franchise back up!)," he said.

"But the new Charlie's Angels, whether it turns out to be a glittering hit or the latest expensive package to get tossed by the audience onto the trash heap of franchise fatigue, feels like a generational rite of passage."

The last edition of the film series - 2003 sequel Charlie's Angels: Full Throttle, which also starred Diaz, Liu and Barrymore, received similarly mixed reviews and failed to hit the heights of its predecessor at the box office.

This time around, The Hollywood Reporter's Beandrea July seemed to enjoy the "fresh, feminist spin" on the story, which also highlights environmental issues.

"Banks brings Charlie's Angels into the modern age with flair, all while unapologetically raising a feminist flag, championing female friendships and subtly making a point about the urgency of the ongoing climate crisis."