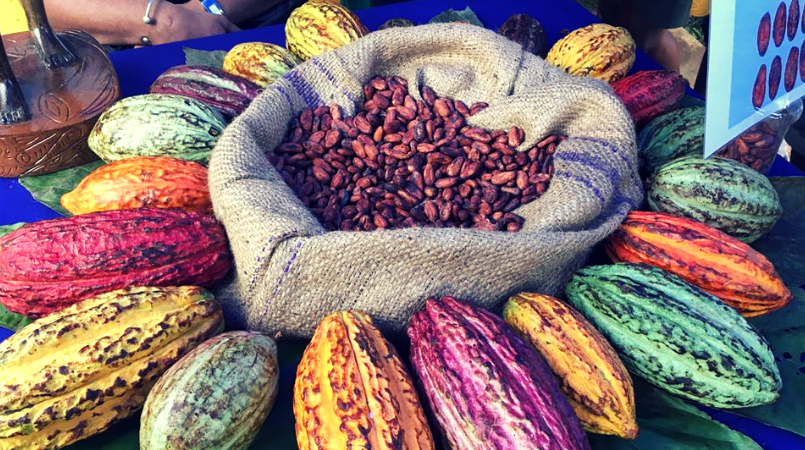 The fourth annual Bougainville Chocolate Festival has kicked off in Arawa, bringing together cocoa farmers and international chocolatiers under the theme ‘World class beans for world class chocolate’.

Held from 7 to 8 August, the festival is now in its fourth year and aims to increase the production and quality of cocoa.

Initiated by the Autonomous Bougainville Government in 2016, the event is supported by the Australian and New Zealand governments in partnership with the Government of Papua New Guinea.

Hundreds of cocoa farmers will attend the event to showcase the region’s quality cocoa beans. The Australian and New Zealand governments have supported the travel and accommodation of 78 farmers who have submitted beans for judging.

Clayton Harrington, First Secretary with the Australian High Commission, delivered a speech at the opening and said the festival is not only putting Bougainville’s cocoa on the map, but also introducing growers to new markets and technologies that improve production and quality.

“Cocoa is a huge industry in Papua New Guinea, including in the Autonomous Region of Bougainville, made up of smallholder farmers from across the region,” said Harrington.

“Since the Bougainville Chocolate Festival began in 2016, we have been supporting the event in partnership with the Autonomous Bougainville Government, and the governments of PNG and New Zealand to further grow the local cocoa industry and provide improved access to domestic and overseas buyers.”

Since 2016, Australia and New Zealand have invested over K8 million in grants to 25 cocoa farming groups in the Autonomous Region of Bougainville. The program has already distributed 250,000 cocoa seedlings, issued 17 new tractors and provided block management best-practice training for 50 farmers to become trainers.

Two of the farmers taking part in the 2019 festival are last year’s winners Steven and Elizabeth Seveke, who travelled from South Bougainville to Australia in March to learn about the cocoa value chain with the Australian Centre for International Agricultural Research.

With thousands of people expected to attend, the festival will have over 100 stalls, musical and cultural performances, agriculture demonstrations and workshops, and a range of fun activities for children.