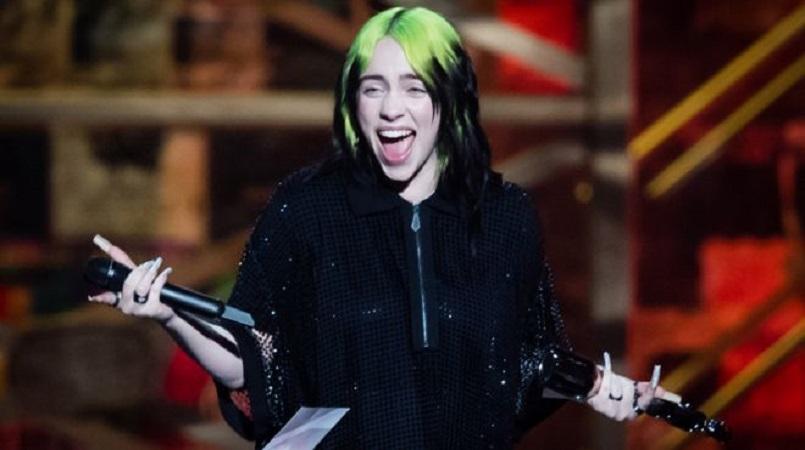 No Time To Die by Billie Eilish has become only the second-ever James Bond theme song to reach the top of the UK singles chart.

Sam Smith had the only other 007 chart success, when Writing's On The Wall from Spectre went top in 2015.

Eilish, who turned 18 in December, is the youngest artist ever to record a track for the Bond franchise.

The star performed No Time to Die live for the first time this week, at the Brit Awards in London.

She also picked up the prize for best international female at the ceremony.

No Time To Die racked up 90,000 equivalent chart sales in its first week; including 10.6 million streams.

That makes it the biggest track of the year so far and also the Bond song with the biggest opening week sales.

However, Adele's track was released on a Wednesday, meaning it was only on sale for two days before the chart figures were compiled. In it's second "week" on the charts, it sold 92,400 copies.