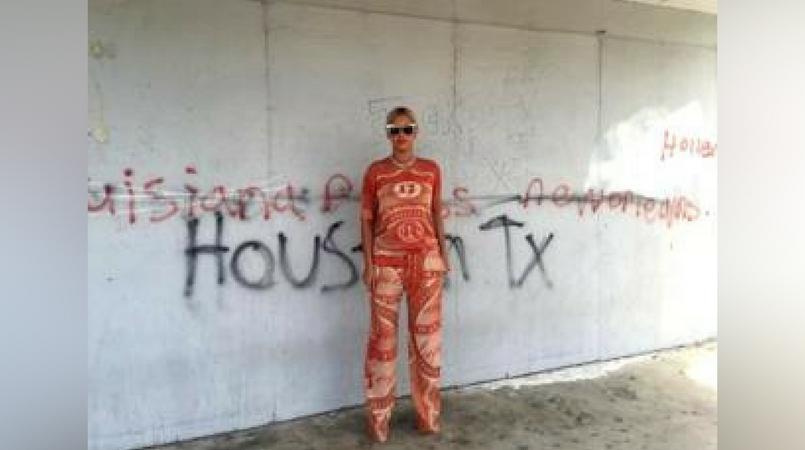 Beyonce has pledged to "help as many" victims of Hurricane Harvey as she can, as her home city of Houston, Texas, braces itself for more rainfall.

"I remain in constant prayer for those affected and for the rescuers who have been so brave and determined to do so much to help," the star said.

She added that she was working with her charity and her pastor "to implement a plan to help".

Houston has been hit by unprecedented levels of rain, with more set to come.

Officials estimate that more than 30,000 residents need shelter. At least nine have died in the Houston area.

Other stars including Kim Kardashian West and Kevin Hart have also vowed to help.

Beyonce, who grew up in the city's historic Third Ward, is famously proud of her Texan roots, referencing Houston in multiple songs, including Run The World (Girls), Formation and Flawless. She filmed the video for Blow in the city's Funplex roller skating rink - where she had one of her first dates.

On Monday, she posted an Instagram tribute to Houston, telling residents they were in her prayers, while posing with a Texas flag.

The star's BeyGOOD foundation was established in 2013 and partners with global charities to provide housing, food and medical assistance to those in need.

Meanwhile, Kim Kardashian West said she and her sisters and their mother were donating $500,000 (£386,000) to the Red Cross and Salvation Army, writing: "Houston we are praying for you!"

Other artists including Drake and Travis Scott have sent direct aid and messages of support to Texas since the storm began.

Coldplay, who had to postpone a concert in Houston last week because of the hurricane, have also written a song for those affected by the floods.

They debuted the track in Miami on Monday night, with Chris Martin telling the audience it would only be played once.

"This is because we all grew up loving country music, and of course that's kind of what we think of when we go to Texas," Martin said.

"So, if you'll bear with us, this is a new song and we'll never play this again. We're gonna sing it in Miami for everybody here, and we're gonna send it over there to everyone who missed the show."

The song, called Houston, included the lyrics: "There's a harmony that bonds down there in Houston/Oh, Houston, you got to keep on keepin' on."