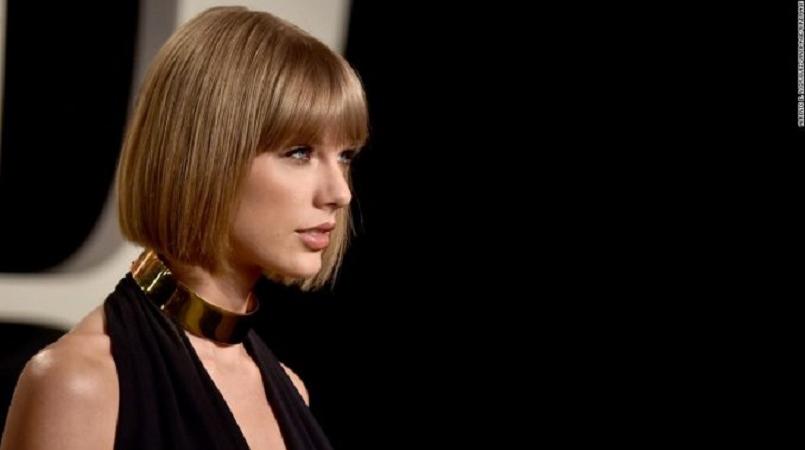 Taylor Swift has shared her side of the story in court against a former DJ who she alleges groped her.

And while the case continues, experts hope the impact of seeing a celebrity as prominent as Swift speak up about her own alleged sexual assault will send a message of courage to her fans.

"This is one of those examples where we really could be looking at culture change for young people, if we really talk about the impact of what she's doing," Monika Johnson-Hostler, president of National Alliance to End Sexual Violence told CNN.

Swift on Thursday took the stand in a Denver courtroom and delivered a firm, spirited testimonyin a case brought against her by former radio DJ David Mueller.

Swift alleges Mueller grabbed her buttocks while they posed for a photo at a June 2013 meet-and-greet event. She did not make a formal complaint at the time of the alleged incident, but her representative told Mueller's employers.

Mueller, who denies the allegations, says the incident caused him to lose his job and filed suit against Swift in 2015.

She then countersued and is seeking a mere dollar in damages. Swift hopes her actions serve "as an example to other women who may resist publicly reliving similar outrageous and humiliating acts," according to her lawsuit.

Experts say the high-profile case has the ability to achieve exactly that -- and so much more.

Judy Vredenburgh is president and CEO of Girls Inc., a nonprofit organization that seeks to empower young girls, particularly those from lower income communities, through education and mentorship programs.

She told CNN that bullying, harassment and sexual assault are a top-of-mind issue for the girls they serve. A recent survey conducted by Girls Inc. to help guide the organization's agenda found that 67% of the more than 600 girls polled identified those three related issues as an area of major concern.

"Every day we have examples of stories of girls who are coping and dealing with these terrible situations," Vredenburgh told CNN.

But such crimes are severely underreported, especially on college campuses, according to the Department of Justice.

Only 20% of female student victims, age 18-24, report sexual violence to law enforcement, according to a DOJ report.

The reasons for this are numerous, Vredenburgh said. Victims sometimes fear isolation, retaliation or believe they won't be taken seriously.

When someone of Swift's stature takes a stand and shows "courage and confidence" when speaking out about sexual assault, it helps "break the cycle," she said.

"To flip the culture and say it's something to be lauded to be open and to be out there and speak truth to power, is a really great message that Taylor Swift is providing to our girls," she said.

And her fans. Swift has more than 102 million followers on Instagram and more than 85.4 million on Twitter.

Johnson-Hostler said hotlines tend to see a increase in the number of calls when someone prominent shares their experience with sexual harassment or assault -- sometimes from victims who want to share their own experiences.

In a larger context, Johnson-Hostler said she hopes Swift's trial leads to more awareness of the way people talk to and about victims.

"When celebrities speak out and we begin to talk about this in the public discourse, it allows -- or hopefully -- people to do less victim blaming, which opens up a space for more healing for survivors," she said.

As the mother to an 11-year-old and someone who's been working on anti-sexual violence initiatives since she was in college, Johnson-Hostler, 42, sees a major teaching moment in Swift's fight.

This case in particular, she said, shows young people that sexual violation is not just about offenses that can send people to jail. She believes having a narrow scope of conversation about sexual assault is "one of the main reasons people didn't talk about it before."

"She's going to go down as, for me, [as someone] who talks to young people, as one of the best examples of how this is not about legal punitive damages but about respecting her body and her space," Johnson-Hostler said of Swift.

This case, she said, is "very different" than conversations that have dominated headlines in the past for that reason.

"[Swift] is not saying, 'Hey, lock this person up,'" she said. "She's suing for a dollar because it gives her an opportunity to use her public platform to talk about how inappropriate this behavior is and how unacceptable it should be by our society."