O’Neill thanks voters for his re-election in Ialibu-Pangia 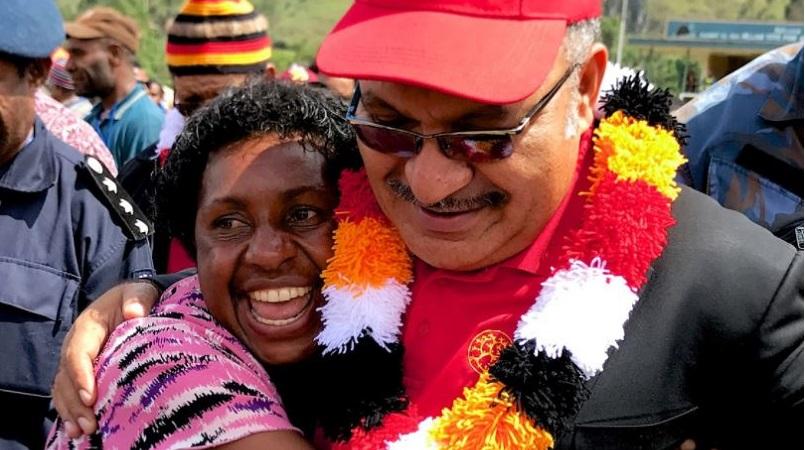 Peter O’Neill has expressed his sincere gratitude to the people of his Ialibu-Pangia district after they elected him for a fourth term in Parliament.

PM O’Neill said the success of the election in his district, and around the nation, is also another indication of the change in attitudes that is taking place around the country.

Returned to office with a record of 48,714 votes, which is 78 per cent of all ballots cast, the Prime Minister waited until every vote had been counted before being declared the winner.

“Every vote has to count and every citizen has to know that their vote has been counted,” the Prime Minister said speaking with assembled supporters and election workers after he was declared the winner in Mendi, Southern Highlands Province.

“We must show respect for the people who elect us, and we are seeing a voter backlash in electorates where there is a lack of respect.

“I am grateful for the support that has been given to me by voters, and I congratulate the Electoral Commission for running a successful and fair election.

“I also cannot highlight enough the manner in which members of the public have conducted themselves in this election.

“In past elections hundreds of people have been killed through election violence, and this year we saw a very smooth electoral process.

“There were some unfortunate incidents and these were dealt with by authorities.”

The Prime Minister said the People’s National Congress Party campaign around the nation was fought on policy issues, not smear and slander, and that is why people are responding well by giving their support to PNC.

“We went to this election telling people what we would deliver in education, healthcare, law and order, agriculture and infrastructure, over the next five years.

“Our promises to the people are clear and can be delivered, and we have a proven track-record to deliver on our promises.”

PM O’Neill made the assurance that the People’s National Congress party will form the next government and continue to move Papua New Guinea forward.

“Our country deserves stability and this is what we will continue to deliver for the next five years.

“We will work with like-minded and policy focused members to form the Government.

“We are not interested in dealing with members who are self-serving, or members who would try to hold Government to ransom over their petty politics.

“As the largest party in the Parliament, the public will have given us a mandate to form Government, and we hope that mandate will be respected.

“Politics in our county is definitely changing and maturing, and I expect we will continue to see this develop in the coming five years of the new Government.”

VIDEO: O'Neill returns with 78 per cent of all ballots cast