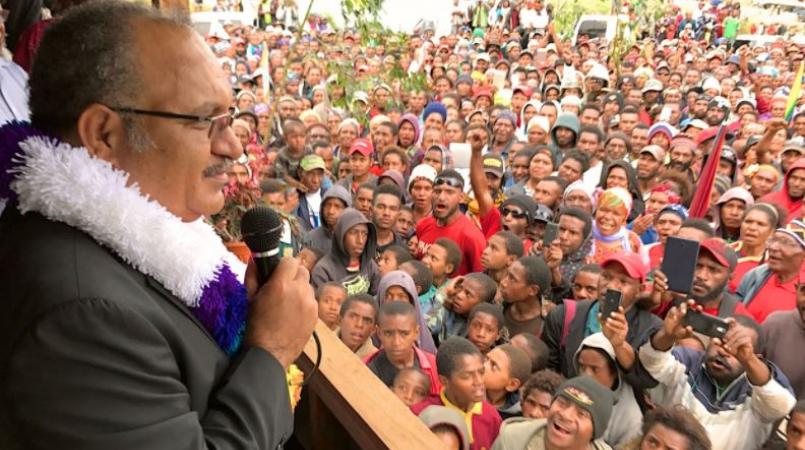 ​The incumbent Prime Minister and member re-elect for Ialibu-Pangia, Peter O’Neill has extended his best wishes to all declared Members-elect for the new Parliament, and said he looks forward to the heavy workload ahead for the incoming Government.

In a statement this afternoon, O’Neill thanked the business community and people around the Nation for their patience during the election, and said he anticipates a post-election increase in economic activity after Parliament resumes.

“I congratulate all Members-elect on their declarations,” the he said.

“Regardless of whether you join us in Government, or sit on the opposition benches, you have already made a great achievement.  Your provinces and districts have elected you to represent them in the Tenth Parliament of Papua New Guinea.

“We look forward to the Return of Writs, and the invitation by our Nation’s Governor-General to assemble in Parliament to demonstrate our numbers and to form the new Government.

“To members who will be joining the Government, we have a lot of work ahead as we deliver our policy agenda over the coming five years.

“The Ministers and Members that will make up the Government Caucus have challenges ahead and we will meet each one of these.

“Many challenges before us are known, and we will face new challenges.  With a Government that is made up of the experience of returning Members, and the fresh energy of new Members, we will meet these challenges.”

O’Neill further thanked people and the business community around the country for their patience during the election period.

“National elections are a major event for our democracy, and our people have high participation in this process.

“Every five years this also leads to a temporary slowdown for some businesses and limited disruption to Government activities.

“As we move on from the formation of Government, we will also see a surge in business activity and we look forward to the additional economic stimulus that this delivers.

“Some Government Departments will have new Ministers, and all agencies of the State will be undertaking reviews and looking at ways to enhance service delivery.

“While the 2017 National Election has not been without its difficulties, including limited instances of unfortunate and deplorable acts, we have experienced the most peaceful and safe elections of recent decades.

“All Members-elect need to honour the confidence that has been bestowed upon them by their electorates, and carry themselves in a Parliamentary manner.

“There is a core element that all Members-elect share, and that is the honour of serving our great Nation of Papua New Guinea.”