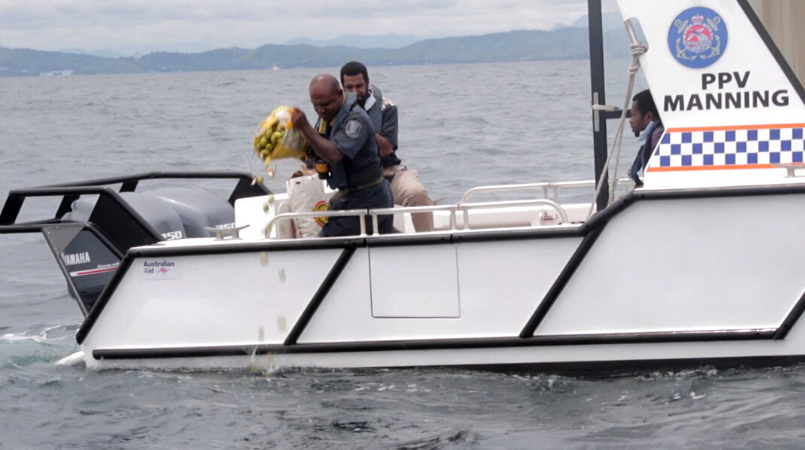 72 bags of betel nut were disposed off out at sea by the Royal PNG Constabulary Water Police.

The betel-nut bags were intercepted by police on Sunday, March 29th, when being smuggled into Port Moresby by three boats.

There is currently a ban on the sale and chewing of betel-nut under the current State of Emergency.

The confiscation is part of the implementation of the State of Emergency in which the sale and chewing of betel-nut has been banned in the wake of the global COVID-19 pandemic.

On Monday, March 30th, the police disposed off the betel-nut bags in the presence of media.

The first by burning the first set of bags in an undisclosed location.

Following that the majority of the bags were transported around 4 nautical miles of the mainland of Port Moresby, and disposed of into the sea.

Meanwhile 6 individuals have been arrested in relation to the intercepted betel nut bags and are being held at the Gordons Police Station.

The boats used to transport the betel-nut are being held by police.

Police say they have received regular tipoffs and will continue to monitor the seas.

The Government announced a ban on betelnut and all betelnut products covering the sale, possession and public consumption of betelnut.

The COVID-19 State of Emergency also targets the illegal trade of contraband such as drugs, firearms and smuggling of betel nut and mustards and is applicable nationwide without exception.