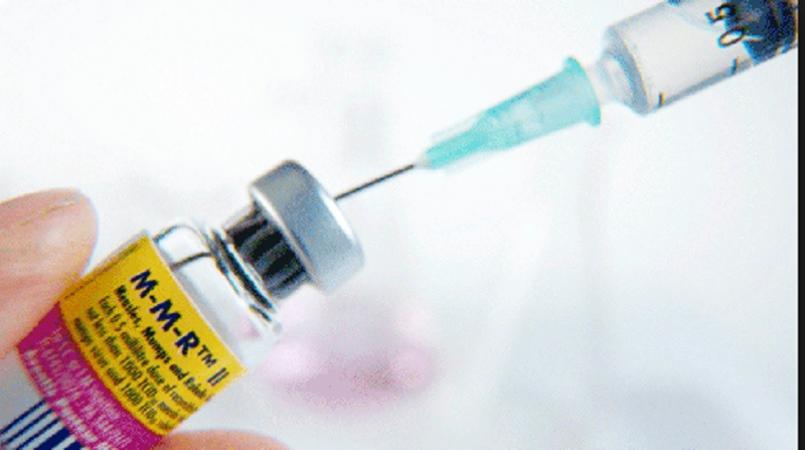 A woman killed by measles in Washington state had been vaccinated against the disease as a child but succumbed because she had a compromised immune system, a local health official told a TV station.

The woman's death was the first from measles in the U.S. in 12 years and the first in the state in 25 years.

The case wasn't related to a recent outbreak that started at Disneyland and triggered a national debate about vaccinations, according to the Washington State Department of Health. Officials said it was a different strain.

The Washington woman lacked some of the measles' common symptoms, such as a rash, so the infection wasn't discovered until an autopsy, department spokesman Donn Moyer said Thursday.

Dr. Jeanette Stehr-Green, the Clallam County health officer, told KOMO-TV in Seattle that the woman had been vaccinated as a child, but because she had other health problems and was taking medications that interfered with her response to an infection, she was not protected.

State officials didn't say whether the woman was vaccinated, but they did note she had a compromised immune system. They withheld her age to protect her identity, but said she was not elderly.

Measles is highly contagious and spreads when an infected person breathes, coughs or sneezes. However, dying from the illness is extremely rare, Moyer said.

The Disneyland outbreak started in December and eventually sickened more than 140 people across the country and in Mexico and Canada. No deaths resulted from that outbreak.

The prompt responses by heath care workers across the country have helped stop the measles' spread, but it continues to be imported into the U.S., said Anne Schuchat, director of the National Center for Immunization and Respiratory Diseases at the Centers for Disease Control and Prevention. There have been 178 cases in the country so far this year.

"We really rely on people who can be vaccinated to protect those for whom vaccine protection isn't available," such as the woman with a depressed immune system, she said in a telephone interview with The Associated Press.

Others in this condition include people with leukemia or those getting some cancer treatments, Schuchat said.

The woman was hospitalized for several health conditions in the spring at a facility in Clallam County, which covers the northern part of the Olympic Peninsula. She was there at the same time as a person who later developed a rash and was contagious for measles, Moyer said. That's when the woman most likely was exposed.

After being treated in Clallam County, the woman was moved to the University of Washington Medical Center in Seattle, where she died. An autopsy concluded the cause of death was pneumonia due to measles.

"This tragic situation illustrates the importance of immunizing as many people as possible to provide a high level of community protection against measles," Moyer said.

This week, California Gov. Jerry Brown signed a hotly contested bill to impose one of the strictest school vaccination laws in the country. Those in the U.S. who remain opposed to vaccinations include some religious communities, families practicing alternative medicine and libertarians who shun government interference.