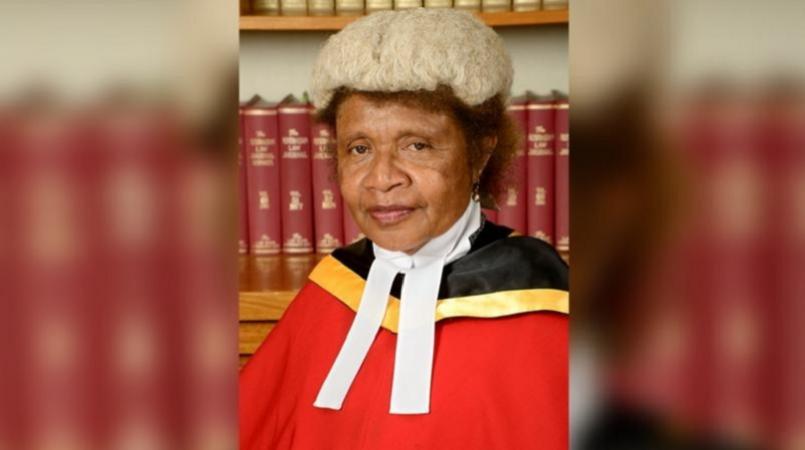 From the Team PNG president Sir John Dawanincura and officials the team extend their heartfelt condolences to her husband John, her sons Reginald, Peter, Cecil and Alexander, and her family and relatives at this most difficult of times. “We stand together with them in prayer”.

Team PNG salutes Justice Davani for being an outstanding Papua New Guinean both on and off the sports field.

Her contributions to sport were as varied as they were immense, and spanned a period just shy of four decades.

Justice Davani was also a founding member of the PNG Sports Disputes Tribunal and, at the time of her passing, was the chair person.

Justice Davani was a fervent athlete. She represented Papua New Guinea at three Oceania Football Confederation World Cup qualifiers and was, in fact, captain of the PNG side at the 1994 and 1998 tournaments. She represented Papua New Guinea at six international matches. She also served on the Team PNG General Management as Deputy Team Manager in 1995.

Justice Davani was able to combine her passion for sport and the rule of law when, in 2001, she became the first Papua New Guinean to be appointed to the Chamber of International Arbitration for Football.

The chamber would later merge with the Court of Arbitration for Sport, where she remained the PNG representative until her passing. She sat on the Adhoc Sports Tribunals for the 2014 Asian Games in Incheon and most recently at the 2016 Olympic Games in Rio de Janeiro.

Justice Davani was a true trail blazer in every sense. She was a blessing to Team PNG. Her wise and compassionate counsel from the field to the change rooms and beyond, as well as her competitive streak, will be sorely missed.