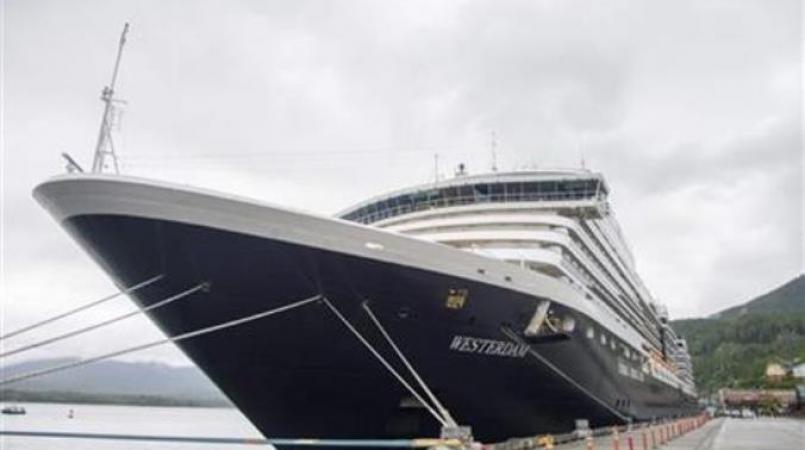 Alaska emergency crews will attempt Friday to recover the remains of eight cruise ship passengers and a pilot who were killed when their sightseeing plane crashed in a remote and rugged area of southeastern Alaska.

Wind and rain prevented any recovery after the wreckage of the aircraft was found Thursday against a granite rock face, 800 feet above a lake.

There was no immediate indication of why the DeHavilland DHC-3 Otter turboprop went down, killing the nine people during the sightseeing excursion. No names have been released.

Clint Johnson, head of the National Transportation Safety Board's Alaska office, said it was too soon to know circumstances of the crash, including whether the plane flew into the cliff.

The NTSB was assembling a high-level team to investigate the crash, including three members from Alaska and at least two people from Washington, D.C.

"The initial rescue crew that went in had a very tough time because of the terrain," Johnson said. "It's a very steep, mountainous area, and weather conditions caused them to stand down."

He earlier confirmed the deaths: "''We have nine fatalities."

Coast Guard Petty Officer Lauren Steenson said the agency received a report around 2:15 p.m. that the plane was overdue. Troopers said an emergency locator transmitter activated in the Misty Fjords National Monument, and a helicopter pilot spotted the downed aircraft above Ella Lake, about 800 miles southeast of Anchorage.

Promech Air, an airline based in Ketchikan, operated the shore excursion sold through Holland America Line, the cruise ship company said in a statement. The eight passengers were guests on the Westerdam, which is on a seven-day cruise that departed Seattle on Saturday.

"We are incredibly distressed by this situation, and our thoughts and prayers are with those onboard the plane and their families," the statement said. "Holland America Line is extending its full support to traveling companions of the guests involved."

Promech said that the crash happened about 11:20 a.m., and the plane was one of five Otter aircraft in its fleet.

"There is nothing I can say that can alleviate the pain and overwhelming sense of loss that we and the loved ones of those affected are feeling," Marcus Sessoms, president of Promech Air, said in a statement. "At this moment, all of us share the pain and anguish of this terrible event. Our thoughts and our prayers go out to everyone touched by this tragedy."

The Ketchikan Daily News reported the Westerdam had been scheduled to leave the city at 1 p.m., but it remained in port Thursday evening.

The airline's website advertises tours of the 2-million-acre Misty Fjord National Monument in its float planes.