Projects put smiles on faces of women in Imbonggu 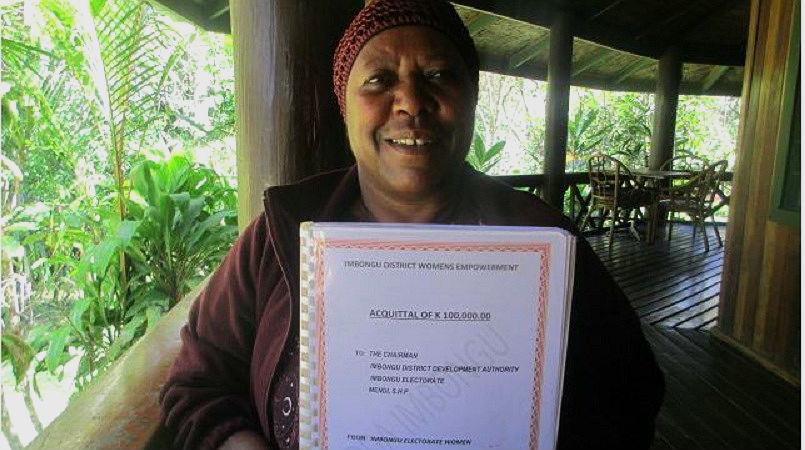 Many women’s projects, funded by the Imbonggu District Development Authority (IDDA), has “put smiles on many faces” in Southern Highlands Province.

This was how the women’s representative in the IDDA, Lynette Ipuke, described the success of agriculture, livestock, fishing, vegetable and other projects undertaken by women in the district.

Ipuke said she was encouraged by the high rate of success among each woman who received financial assistance for various projects and activities.

She said given the successful use of the money by individual women projects, more money should be given to more women to projects of their choice.

“Many recipients were considered under-privileged and have used the money wisely for purposes they sought assistance for.”

In 2015, for the first time, the IDDA initiated small financial assistance programs to self-help individual women projects with an allocation of K100,000.

An eight-person committee comprising of two women from each of the three LLGs, Ipuke and Imbonggu district community development officer John Nolpi, screened applications and individual women were assisted with cash for their projects.

All recipients of the money reported how they spent the money and Ipuke presented acquittals to the IDDA meeting on August 3, 2016.

She said based on the success of the first-of-its-kind cash distribution to individual women, more money should be allocated for the program to continue.

“We should encourage this by giving more money to mothers who have proven to be successful to expand their projects,” Ipuke said.

(Picture: Lynette Ipuke with copy of the acquittal report of women projects funded by the IDDA in 2016.)