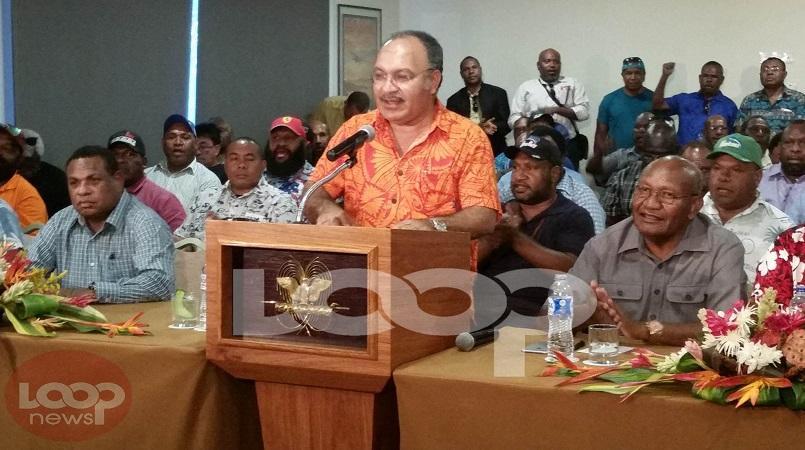 Prime Minister Peter O'Neill says the coalition government will not use it's numerical strength to delay the Vote of No - Confidence this morning.

The government under its helm have the majority in the house, with ruling Peoples National Congress holding 69 seats in the 111 seat Parliament.

"We will allow the motion (VONC) to be introduced like we have done last Friday.

"When it is introduced there will be no other agenda, even though we are not happy with the Court decision interfering with Parliament business because it is the first time in the country's history," O'Neill said yesterday.

He added that the coalition government has 81 MPs fully behind the Government of the day.

The Opposition sponsored VONC vote will be done this morning after being introduced by the Speaker last week Friday.

This is a special parliament sitting directed by the Supreme Court after Parliament was adjourned a day after Opposition filed the VONC motion.