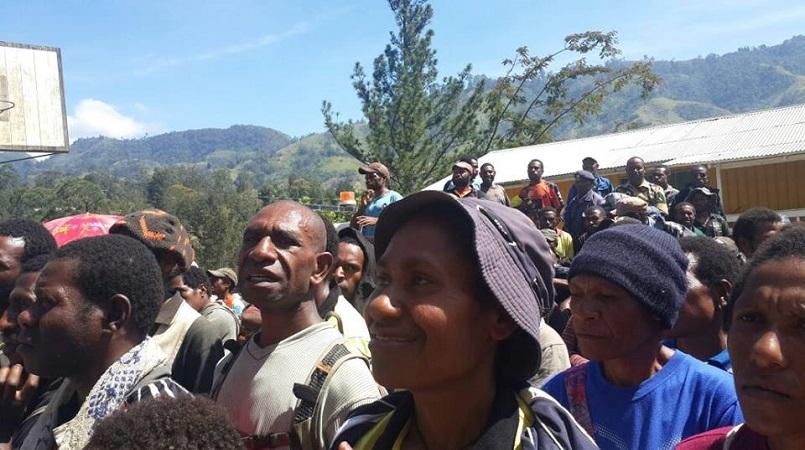 More than four hundred marathon runners will be converging in Kundiawa town on Thursday for the annual Mt Wilhelm Race.

The launching was done today with presentation of uniforms from the Minister of Arts, Culture and Tourism and Member for Kundiawa Gembogl, Tobias Kulang.

It was a milestone sporting event in the calendar of Chimbu Province with enthusiastic participants in all age groups ready to vie for the trophies and the cash prize money.

The race will be in categories including equal participation of students.

Minister Kulang, while presenting the uniforms to the runners, outlined the importance of the race and the contribution it brings, not only into the sport of marathon.

He said the event also encourages wide participation from all other provinces as well as international runners and fitting to generate revenues in the tourism sector of the province.

Kulang said, “The race will create spin of benefits for the province and add on to Mt William tourism attraction.”

So far many corporate houses have come forward, adding 60 percent of the four hundred thousand kina allocated to stage the race.

Chairman of Mt Wilhelm Race, Paul Komba said Chimbu Province is a leader of marathon running in the country with significant contribution of gold medals in the 2015 Pacific Games.

There will be six runners in a team stationed at six locations and each runner will run a distance of 7km before finishing at the foot of infamous Mt Wilhelm.