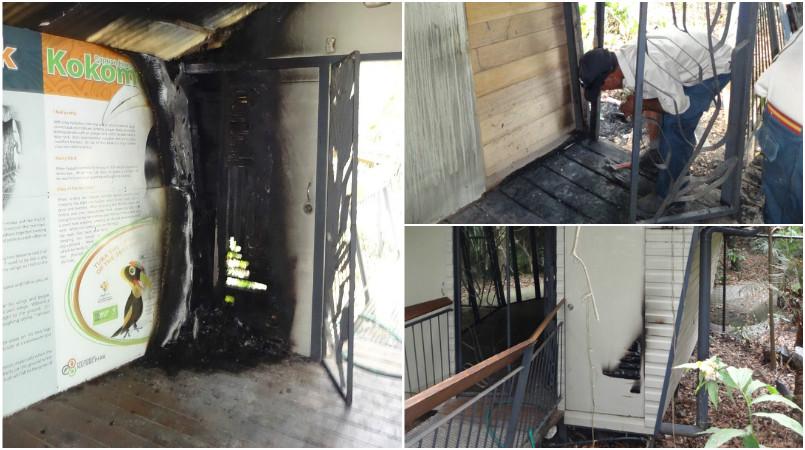 NCD Governor Powes Parkop has expressed disappointment over an arson attempt at the Port Moresby Nature Park over the weekend.

On Saturday evening at around 7pm, G4S security guards on duty noticed a fire in the Nature Park’s rainforest precinct engulfing one of the viewing huts in the area.

The guards were able to extinguish the fire before it spread.

“I can’t comprehend how people could do such an act, particularly as the Nature Park is a charitable organization set up by the NCD to provide the community with recreational and educational opportunities”.

Nature Park’s General Manager, Michelle McGeorge said employees were very disappointed by the incident as they had built the structure themselves and their immediate concern had been the animals.

“The viewing hut was sponsored by BSP earlier this year in time for the 2015 Pacific Games. The hut enabled viewing of adjoining animal exhibits including the Park’s hornbill, Tura’s wantok, and cassowaries.”

“The Nature Park, NCDC and the business community have worked so hard over the last 3years to build a world-classed attraction for the community and to think that an individual would deliberately attempt to harm our animals and destroy our donated property is exceptionally disappointing,” said McGeorge.

The precinct area will remain closed to the public until it is restored by the Nature Park’s Maintenance Department.

“The Nature Park is also appealing for people who may know about the incident to come forward with information,” said McGeorge.