LeBron James has game of his life 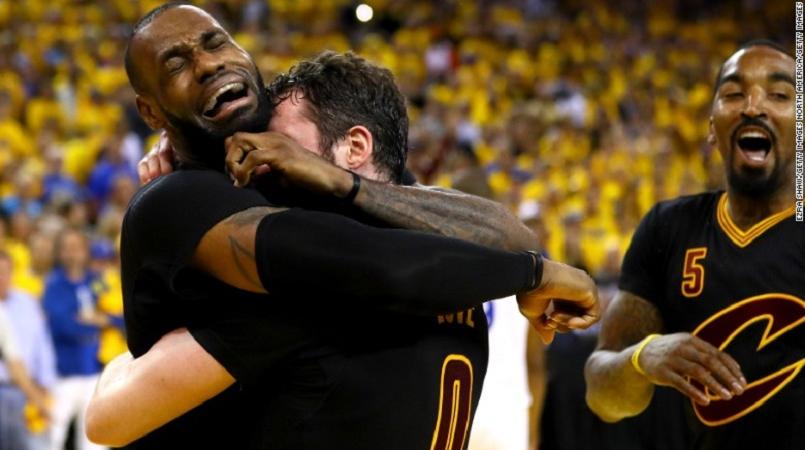 History has been made.

This is the first major sports championship that a Cleveland team has won since 1964.

James was named Finals MVP after scoring 27 points, 11 rebounds and dishing out 11 assists.

The vote was unanimous, according to NBA Commissioner Adam Silver.

James scored his 16th triple double in the playoffs and seventh in an NBA Finals game -- only two other players had recorded triple doubles in a Finals Game 7, according to ESPN.