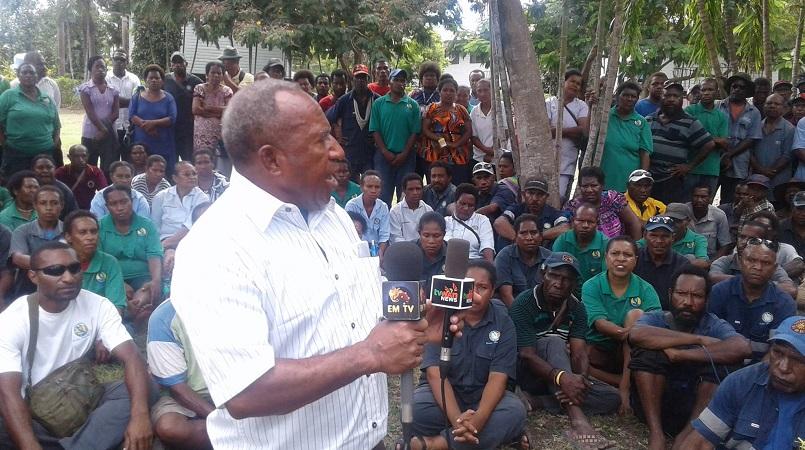 The PNG Health Support Workers Association (PNGHSWA) has called on the Secretary for the Department of Personnel Management, John Kali to resign.

PNGHSWA has 3,000 members who have planned a nationwide strike on Friday, December 9 for the duration of three weeks.

PNGHSWA General Secretary Jack Suao said they had given DPM ample time of three weeks to respond to their grievances however to date, DMP has not shown a positive response.

Suao explained that the call for his resignation is to pave way for a better individual to step in and address the prolonged delay on their log of claims.

These include their housing allowance, pay increase, leave entitlements and other industrial matters.

The Association called on Kali to resign from his position since he cannot represent the National Department of Health (NDoH) as a government agency, and to address the health support workers who are employed under the NDoH.

Suao said: “It is very unfair for the prolonged delay and the planned strike may see a disaster in the health service of the country.”

“We believe that Kali has failed to comply with the by-laws of the country and therefore we now demand his resignation.”

Suao highlighted that despite the DPM trying to take the Industrial Registrar to court for the judicial review of the registration of PNGHSWA, Kali failed to object the registration.

The Industrial Registrar had given 35 days for objection and an additional 21 days.

Suao stressed that the Association is legally registered and should address the employees’ industrial matters.