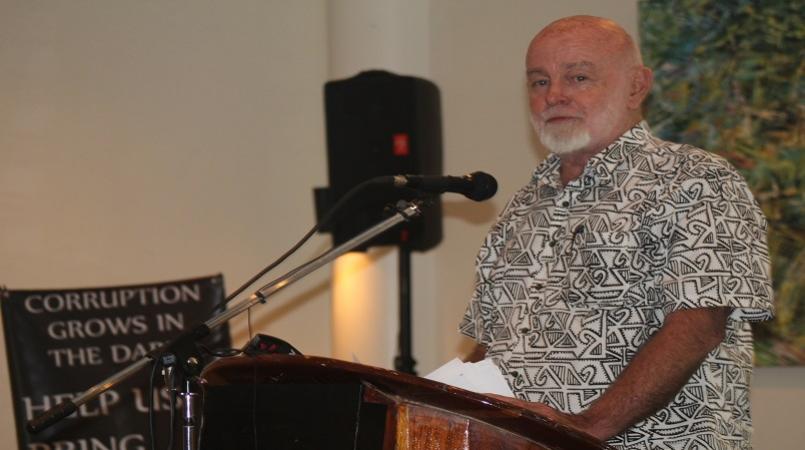 Transparency International PNG (TIPNG) says the National Government must re-examine its priorities in terms of its spending.

Chairman of TIPNG, Lawrence Stephens said the Government had first given its reassurance that all is well with the finances of Papua New Guinea.

“At the same time, the Prime Minister has told departments and institutions to cut down on spending.

“Church health services, for example, have received savage budget cuts, yet PNG is assured that all is well, just a little tight,” said Stephens.

Stephens added the debt-ridden PNG Electoral Commission (PNGEC) appears to be trying to cut costs by doing such things as combining the national and local level government elections removing the right of citizens to directly elect Local Level Government presidents.

“The PNGEC did not have the capacity to successfully combine elections the last time it was done in 2002. Has the PNGEC's logistical capacity greatly increased?

“And, at a time when PNG is facing cuts in services for people across the country, the Government is now contemplating yet another hugely expensive redevelopment of Port Moresby's Jacksons International Airport.

“The reasons they say is for the APEC conference. Yet there are people desperate for services throughout PNG.

"We wonder if the Government realises how horrified APEC visitors to PNG will be when they learn how much money is being spent on massive construction projects in Port Moresby when the rest of PNG is in desperate need of essential service,” said Stephens.

He finished by saying the government must now crack down on corruption and wastage.

"If, as a report on the logging industry suggests, the government is missing out on possibly K300 million per year in taxes, then surely it should immediately correct this situation and claim past taxes that have been avoided.

“TIPNG calls on the Government to maintain and build public services such as education, health and rule of law by ensuring that corruption does not erode national wealth,” said Stephens.