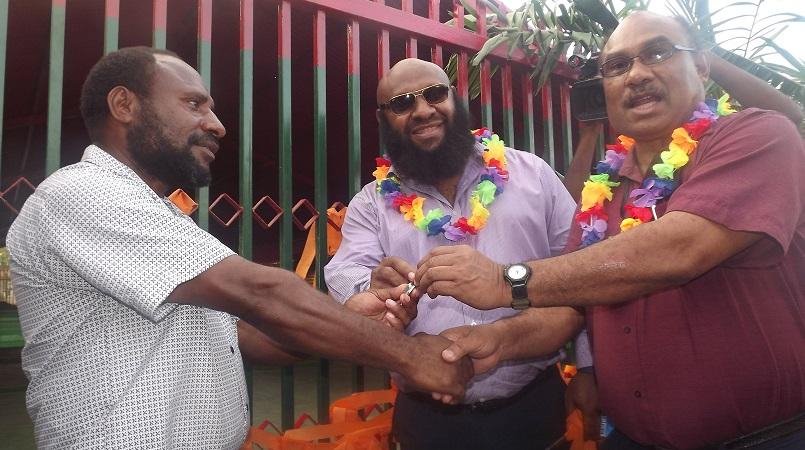 A senior public servant has issued a stern warning that projects and programs funded through public funds which were demolished by opportunists and hooligans would not be considered for funding again.

Vaki said his office would not approve and endorse projects or infrastructures that were damaged by opportunists.

“Communities should take ownership of any projects that are funded by MPs and their District Development Authority in their area whether it is a market, water supplies, electricity or any other projects which would benefit the entire people.

“Government is wasting money on basic infrastructure projects ensuring people to benefit, and the onus is with the people to take heed of, if we see that in the next five to 10 months all structures were gone, and MP want to initiate same project there we will not approve his proposal. This is their price for what they have done, communities and villagers will not benefit from any government services in the future because of their stupidity and can’t tolerate such behaviour,” Vaki said.

He said that government is fed up with people who go around destroying state funded projects and infrastructures that would improve  peoples’ lives  and future of their children and  must take control and ensure harmony in the communities.

“These are investments, communities and villages should look after them well. The government is happy to invest more if infrastructures are well maintained and look after them properly. Don’t destroy them in all forms such as defacing, burning or removing its structures,” he said.

The market at ATS was funded by Moresby North East MP Labi Amaiu through his District Services Improvement Program (DSIP)  worth  K500, 000.

The ATS settlement is made up of Oro, Eastern Highlands, Enga, Chimbu and rest of the provinces in PNG.