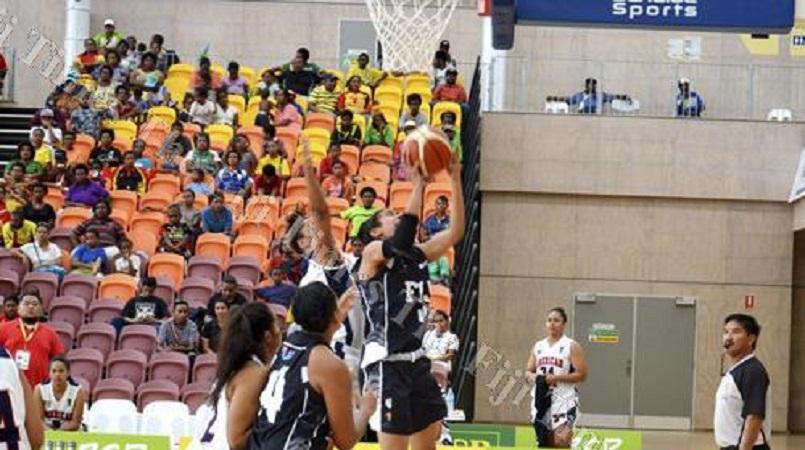 The Fiji women's basketball team made its intention to win gold at the Pacific Games clear with three out of three wins in pool play.

Tuesday’s win was the toughest at the BSP Arena in Taurama as they fought off American Samoa 81-73.

On Monday Fiji defeated Solomon Islands 92-55. The match against American Samoa started with Fiji finding the basket first and led 20-15 at the end of the first quarter.

Valerie Nainima, Mickaelar Whippy and Miliakere Koyamainavure put on a good show and took Fiji to a 38-29 lead at half time.

Fiji lost concentration in the third quarter and allowed American Samoa to bounce back to within four points. It was 58-54 at the end of third quarter.

Nainima and her brigade continued the onslaught and were comfortably ahead but the American Samoans did not give up.

With less than a minute to go, Fiji led 74-73. Nainima had possession and the American Samoans, in their eagerness to get possession, fouled Nainima who capitalised on the free throws.

And it was dejavu as yet again the opposition fouled Nainima in their eagerness to snatch possession and get ahead. The free throws allowed Nainima to take Fiji ahead.

Coach Laisiasa Puamau said: "We will take each game at a time and right now the focus is on the next game and getting the things we did wrong right."