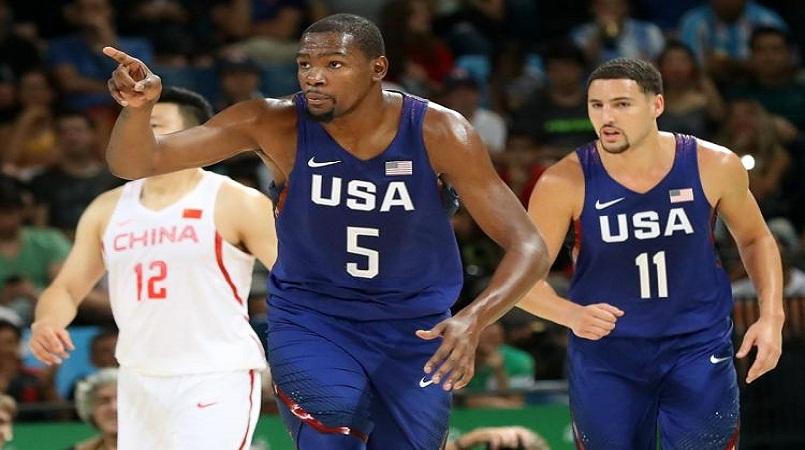 Kevin Durant starred as the USA finally lived up to their status as overwhelming gold medal favourites to set up a semi-final with Spain.

The United States men's basketball team finally turned in the dominant performance everyone had been waiting for to comfortably defeat Argentina and reach the semi-finals at Rio 2016.

Mike Krzyzewski's USA team eased to a 105-78 victory on Wednesday, setting up a semi-final meeting with Spain.

Kevin Durant led the way for the USA with 27 points, converting nine of his 13 shots from the field.

"You know, when I get the ball, look to be aggressive whether that's to score or pass. When I'm on the perimeter I just try to beat my man, I know I've got a good one-on-one matchup every time so I just try to take advantage."

Argentina, the 2004 gold medalists, jumped out to a 19-9 lead early in the first quarter, only for the USA to roar back and take a 56-40 advantage into half-time.

And the USA refused to let up, building their lead in thr second half to ensure the last team to beat them in Olympic competition 12 years ago would not repeat the feat in 2016.

Luis Scola led the way for Argentina with 15 points and Manu Ginobili - added 14 points in the final Olympic game of his career.

The USA will play Spain on Friday in a rematch of the gold medal contest at the Beijing and London Games.