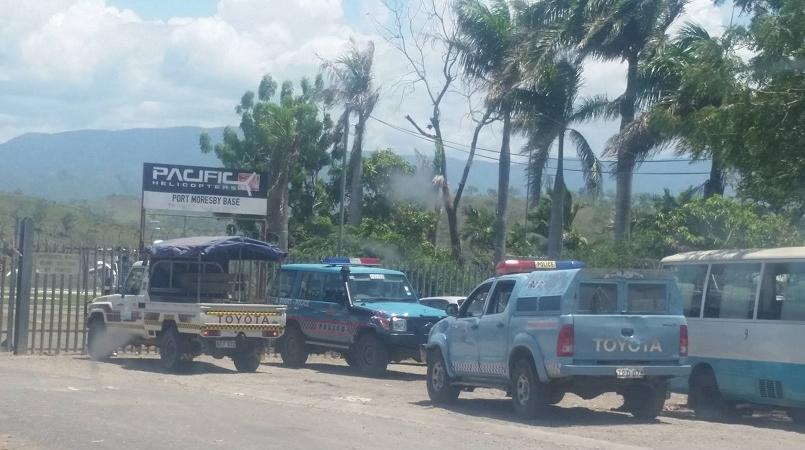 A police dog unit was called into the Jackson's tarmac area to provide support to Airport Police over suspected drug suspicion.

The unit was called in to inspect 30 mustard bags in case of drugs being hidden among the cargo.

Airport Police Station Commander Robert Wane says the Dog unit was brought in to give clearance to the bags on site.

The bags were intercepted from a Nuigini Aviation charter place which landed into Port Moresby from Kokoda.

The two suspects Chimbu man and Wabag woman are now detained at the Airport Station waiting to be handed over to the NCDC Buai Enforcement unit.

PSC Wane says that they will not be formally charged but will be detained with all their cargo confiscated.

The Dog unit cleared out the bags which are now waiting to be handed over to NCDC Betelnut  Enforcement Units.