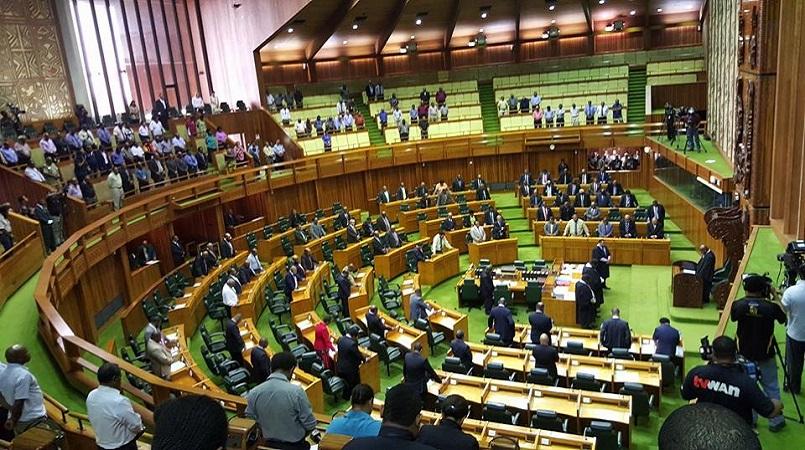 Prime Minister Peter O’Neill has revealed in Parliament that he was not a politician who became an instant overnight millionaire.

He was responding  to questions without notice from the deputy opposition leader Sam Basil who asked him to name the politicians who became overnight millionaires as mentioned in his press conference on Monday.

Responding to Basil’s questions, O’Neill said “unlike many ministers in the past who have no businesses and other form of incomes but able to have properties, cars and opportunities in which they are not able to justify their income”.

He explained that that is what he was referring to in the press conference.

However, Basil rose again with a point of order asking the Prime Minister to name the ministers with support from the Opposition Leader Don Polye.

“Can you name those past and current ministers and those who own thousands of houses?” Basil asked.

The Prime Minister told Parliament that “I can name them but I am not one of them even though I can afford to buy one.”

“I don’t have three or four cars in my house or own houses around the city. I can name them but I am not one of them,” O’Neill told the Parliament.

He challenged the Opposition to not be emotional with their questions but to debate on constructive issues regarding the people of PNG.

In a press conference yesterday (Oct 26) Mr O'Neill claimed that some Members of Parliament had become instant millionaires because they became ministers  but did not mention names.

"Some of us have to work hard for our businesses and struggle for many years to become who we are today. It is not easy. It is about hard work.

"There are no easy solutions in life."