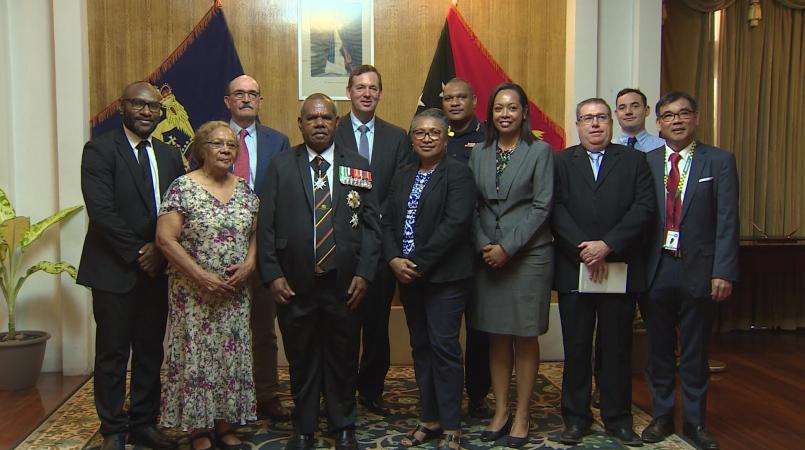 Members of the St. John Ambulance Council were sworn in today at the Government House in Port Moresby.

Nine of the 12 council members pronounced their oaths in the presence of Governor General, Grand Chief, Sir Bob Dadae.

The swearing ceremony started with the council members reading out their oaths in the presence of the Governor General, which was followed by the signing ceremony.

The three members who were not present were Ian Clough, who is the deputy chairman, representing the business community, Isikeli Taureka from Kumul Consolidated Holdings and Carolyn Blacklock, who is abroad. The three members will be sworn in at a later date.

The council members will assume this role for a term of three years.

Ten of the full council members are going into a second term while two of them are newly-appointed.