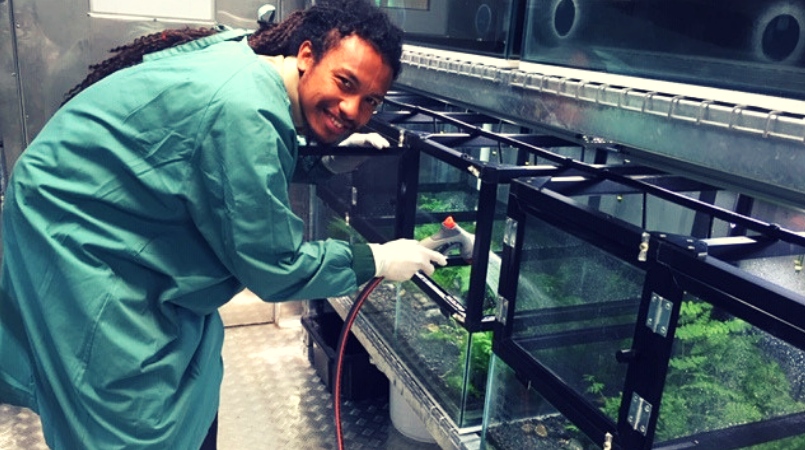 The project is a collaborative effort with the park’s sister zoo, Zoos Victoria, multiple international researchers, universities both local and international, Government and local partners and will enable entirely new research opportunities for university post-graduate students and researchers.

Port Moresby Nature Park’s Wildlife Department have worked closely with Zoos Victoria’s Amphibian Specialist, Mr Damien Goodall, to carry out the first stage of the project by setting up the frog enclosures required to correctly house the frogs.

To move into the next stage of the project, the Park’s Wildlife Keeper Ryan Reuma spent a week at the Melbourne Zoo learning the operations of the reptile, frog and invertebrate facilities.

Zoos Victoria’s Amphibian Specialist, Damien Goodall, said: “Ryan spent a fair amount of time with me in the Baw Baw Frog breeding facility, the timing of his visit was perfect, as the breeding season was in full flight. He was able see what was involved first hand and got involved with helping set up the eggs.”

Port Moresby Nature Park’s Curator, Brett Smith, said: “This long-term project is dedicated to obtaining and storing the genetic material of as many of PNG’s 335 currently described frog species in preparation of the imminent arrival of the deadly Chytrid fungus.”

The Chytrid fungus is so deadly that it has killed almost half of all frogs globally and has resulted in the extinction of many frog species in the last two decades.

Papua New Guinea remains one of the last land masses yet to be hit by Chytrid Fungus.  The Nature Park will hold frog genome in a frozen zoo. This will enable the park, when required, to reproduce and breed frogs from the stored frozen genome for reintroduction into the wild. This will be the first of its kind in the country.