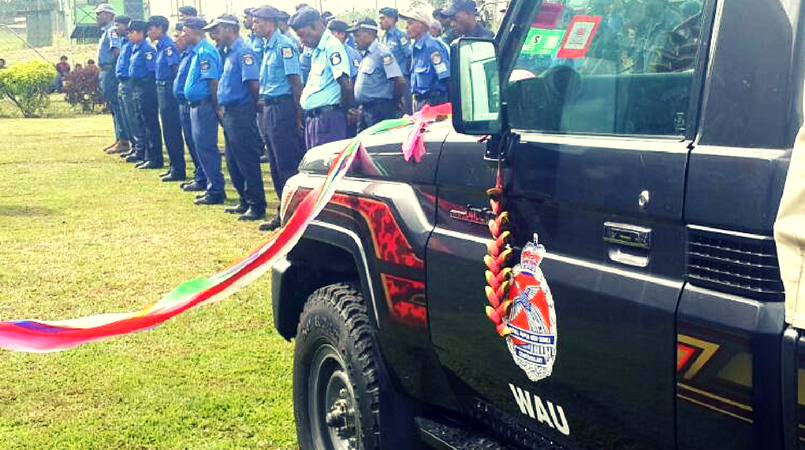 Bulolo Police in Morobe Province were the recipients of three new vehicles and two houses.

In a low key ceremony at Mumeng government station yesterday (April 15), the vehicles and the houses were given to the police by the local MP and Deputy Opposition Leader, Sam Basil.

The Toyota Land Cruiser utes were for Bulolo, Wau and Mumeng.

When handing over the vehicles, Basil said presentation had been delayed as there weren’t enough funds to purchase them.

"Bulolo District has budgeted to assist the law and order sector with K4m but there were no funds released this year. Therefore, the funding of these vehicles were a bit delayed from early this year," he said.

He said his electorate lacked police services because of funding issues but the presentation of those vehicles will now boost police efforts in their communities.

The MP said they also had plans for vehicles for other rural lock ups but again, it all boils down to funding.

This is the third presentation of vehicles given to Morobe police, by their local MPs, within the space of one month.