More B’villeans to be trained in Enga 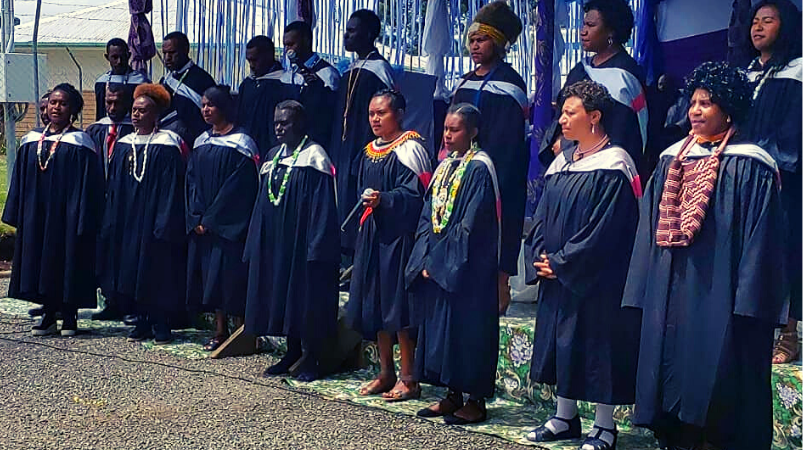 The Enga Provincial Government and South Bougainville District in the Autonomous Region of Bougainville are moving to establish an understanding to train more Bougainvillean nurses and teachers.

The plan was revealed on April 29th during the 4th Graduation of the Enga College of Nursing at Sopas campus, outside Wabag.

When announcing the initiative, South Bougainville MP and Minister for Information Technology and Communication, Timothy Masiu, said he will start sending students to undergo nursing and teacher training at Enga College of Nursing and University of Goroka – Enga Campus, starting next year.

He stated that this is part of his long term district development plan; to build human resources with Enga Province, who is doing well in terms of its drive for education.

Enga Governor Sir Peter Ipatas said his Government will sponsor a total of 10 students from South Bougainville under the MOU, starting next year. Five spaces each will be made available at the nursing and teachers college.

He said his government’s commitment to help Bougainvilleans is a way of returning the favour as many Engans had succeeded in business and other walks of life through the now abandoned Panguna gold mine.

Meantime, 22 graduands passed out from the college with the assurance that they are more than capable to contribute to PNG’s health sector.