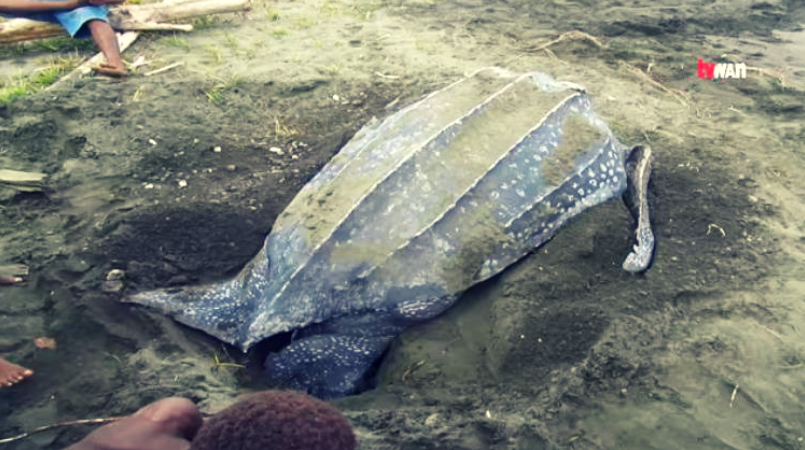 A community in Madang is leading the way to educate its people to protect leatherback turtles.

A project which started more than 10 years ago, the Karkum Conservation Area, is an initiative of the Duargo Community Development Association that published a book highlighting lessons from the Community Managed Marine Area.

The community also featured in a film, compiled by the University of Goroka, which was recently launched in Port Moresby.

The leatherback turtle, named after its unique shells, composed of a layer of thin, though rubbery, skin is the largest of all living turtles and is the fourth-heaviest modern reptile. However this species of turtle is facing extinction.

One community in Madang is leading conservation of leatherback turtles to save the critically endangered species.

A community that relies on the sea for food says it has to manage its marine resources.

The project started in 2006, and was mostly self-funded.

A book written about their conservation effort, titled The Turtles Return, was written by Wenceslaus Magun and published last year.

The community also featured in the film In search for Equilibrium, which was launched last week.