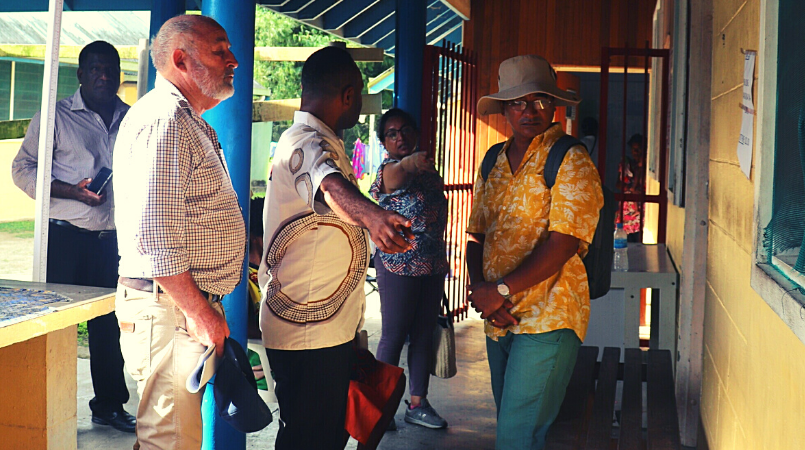 This is for compliance with the Health Department’s approved facility standards.

Following a recent meeting with the ENB Provincial Health Authority CEO, Dr. Ako Yap, and his Senior Executive Management Team and District Administrator, Allan Balbal, the Minister for Health and HIV-AIDS and Member for Gazelle, Jelta Wong, made an undertaking to immediately deploy a technical team from the National Department of Health to East New Britain.

The visit also coincided with a procurement meeting with provincial authorities related to the Pomio District Rural Hospital in Palmalmal, which is now in the process of construction.

During a debriefing with the team, Minister Wong extended his appreciation on behalf of Governor Nakikus Konga and the Provincial Health Authority for visiting the province at short notice.

He also assured the team that as Minister responsible, he had widely consulted with the PHA and the United Church Health Agency, through Moderator Rev Bernard Siai and also Archbishop Francisco Panfilo, of the Catholic Church Health Services, as they are important key faith based agencies responsible for over 50 percent of health services in ENB.

On behalf of the team, Rob Akers extended his appreciation to Minister Wong and his District Administration and electoral staff for facilitating a very successful site visits to both facilities. He assured that both Gaulim Health Centre and Gazelle Kerevat District Hospital deserve consideration and support for significant improvement.

He stated, their report and recommendations for the way forward will be prepared and submitted as a priority to the National Department of Health.

Minister Wong said due to time constraints, the team was not able to visit Saint Mary's Vunapope Hospital but arrangements are on foot to deploy a team to Vunapope to particularly assess the Operating Theatre, X-Ray and Intensive Care Unit.

Meanwhile, Minister Wong announced that he will be visiting Pomio District on 24th July at the invitation of Pomio MP, Elias Kapavore, to officially launch sea ambulance for referrals and to see the progress on the new standard district hospital.

He will be accompanied by the new Australian High Commissioner who will be visiting the province for the first time.