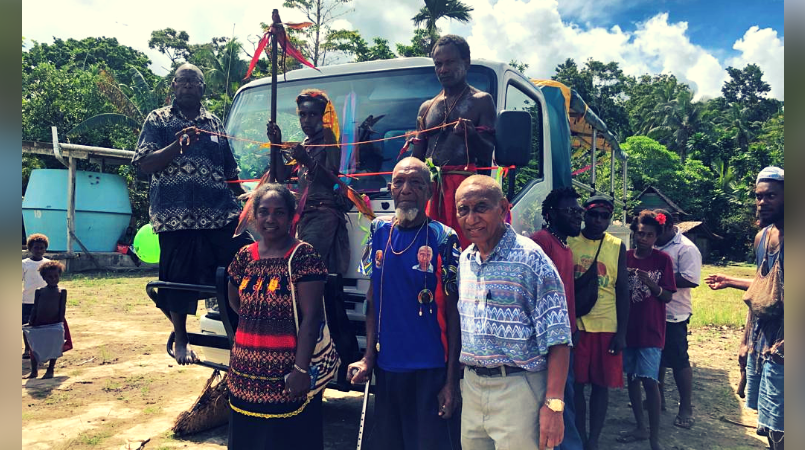 The women of remote Lokono, in New Ireland Province, have received a fully outfitted 4X4 truck to assist them in getting their produce to the main market in Kavieng.

Former Transport Minister and current Minister for Public Service, Westley Nukundj, kept his word after making a promise to help the village two months ago during the opening of the Kaut to Lokono road, which he had the honour of launching.

The Minister noted at the time that now that the people of Lokono had a decent road that provided access to the Boluminski Highway, and on to Kavieng.

He believed it would be of great economic benefit to the people if the women had reliable transport to get their produce to the Kavieng Market.

The truck was delivered on July 21 to the women’s group in Lokono Village.  Though the Minister was unable to attend the handover ceremony, he was represented by the Governor of the Province, Sir Julius Chan, and a number of other dignitaries.

Handing over the vehicle to ward 6 member Sherllinah Rake, Sir J told the people of Lokono that the event illustrated what good Government stands for, delivering on its word.