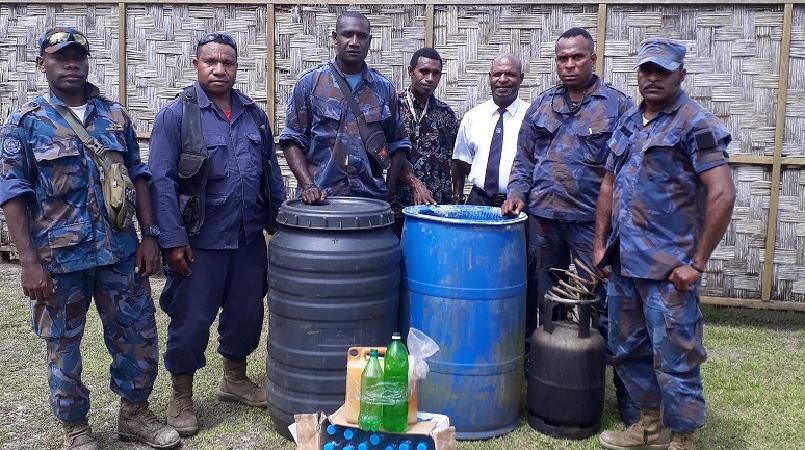 A 66 year old man and three of his sons must pay K4000 fine for the production of home brew of serve a year in hard labor in jail.

The Lorengau District Court sentenced the four this week after convicting them.

People must work hard to sustain their living and not through illegal activities says Manus Provincial Police Commander, Chief Inspector David Yapu, following the conviction of an elderly man and his sons in Lorengau town this week for producing home brew.

They appeared before Senior Magistrate Francis Kalai at the Lorengau District Court on Tuesday.

The court convicted and fined them K4,000  each. They will serve a sentence of 12 months in hard labor if they failed to pay the fine set by the court.

PPC Yapu said this case should send the message to others producing home brew to be aware of similar penalties that will apply to them if caught.