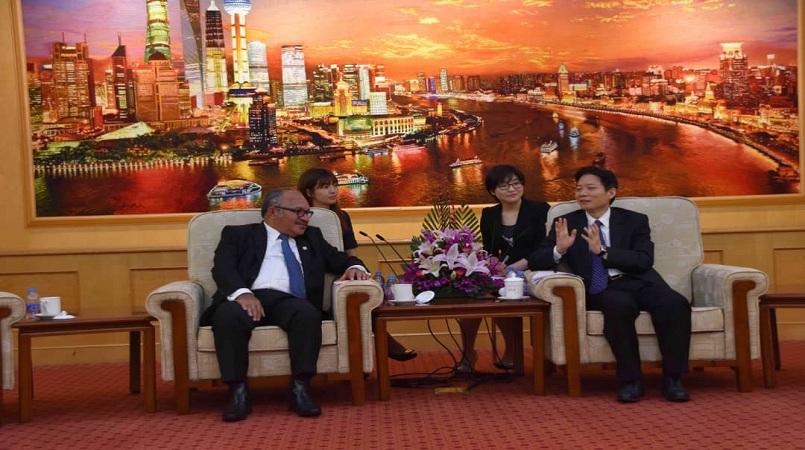 The commencement of Air Niugini direct flights between Papua New Guinea and Shanghai in September will open up more opportunities for both countries.

The charter flight led by Prime Minister O’Neill with government delegation last Wednesday was used as a test flight by Air Niugini with the various NAC verifications.

Prime Minister Peter O’Neill said PNG must tap into the developments that is taking place around the world and China is an example to learn from.

He further thanked the Administration Committee of China (Shanghai) Free Trade Zone for the overview of their magnificent capabilities and expressed in PNG's interest in enhancing trade and investment, cooperation and working towards international standards.

He further thanked the free trade zone administration for the comprehensive briefing on its operations and expressed interest in the outstanding outcomes from China's free trade zone.

The first commercial flight will be in September and so far interest is overwhelming.