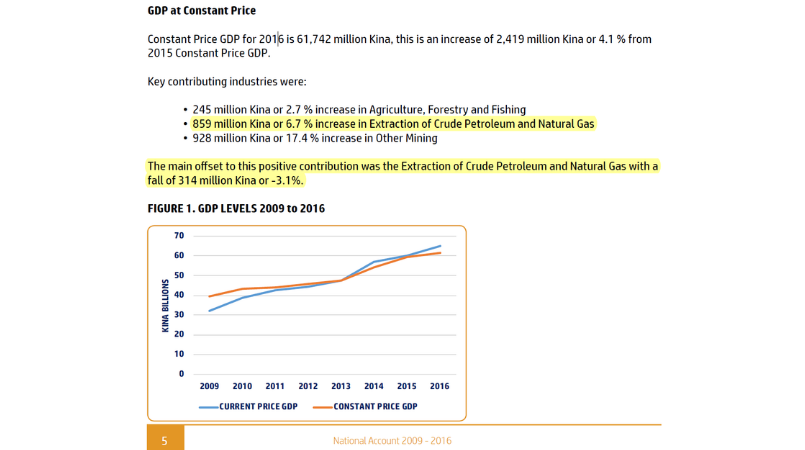 The Shadow Finance Minister has called for an urgent independent audit of PNG’s economic statistics.

Ian Ling-Stuckey says there are very serious doubts about whether the people of PNG are being told the truth.

His statement follows an overview of the PNG economy by the National Statistical Office.

The NSO reported on its website that the oil sector led to a growth in the economy of K859 million in 2016.

However, in the same paragraph, it said the oil sector fell by K314 million.

Responding to the report, Ling-Stuckey said this is just not good enough.

“What can the people of PNG believe?

“We need an independent audit of the national accounts, along with other recent economic statistical games by PNG Treasury and BPNG, to see what is really going on in PNG.”

• 245 million Kina or 2.7 percent increase in Agriculture, Forestry and Fishing

• 859 million Kina or 6.7 percent increase in Extraction of Crude Petroleum and Natural Gas